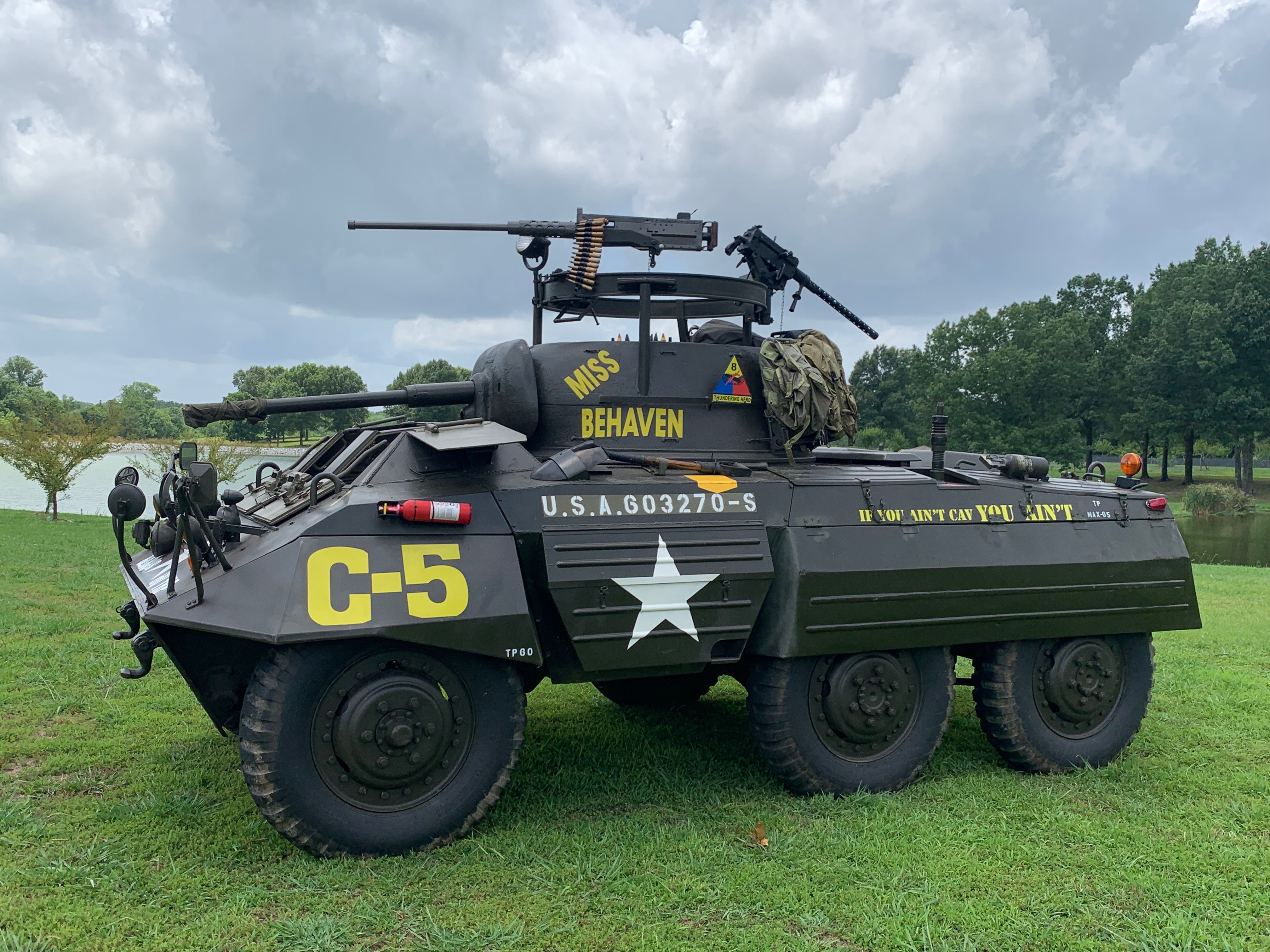 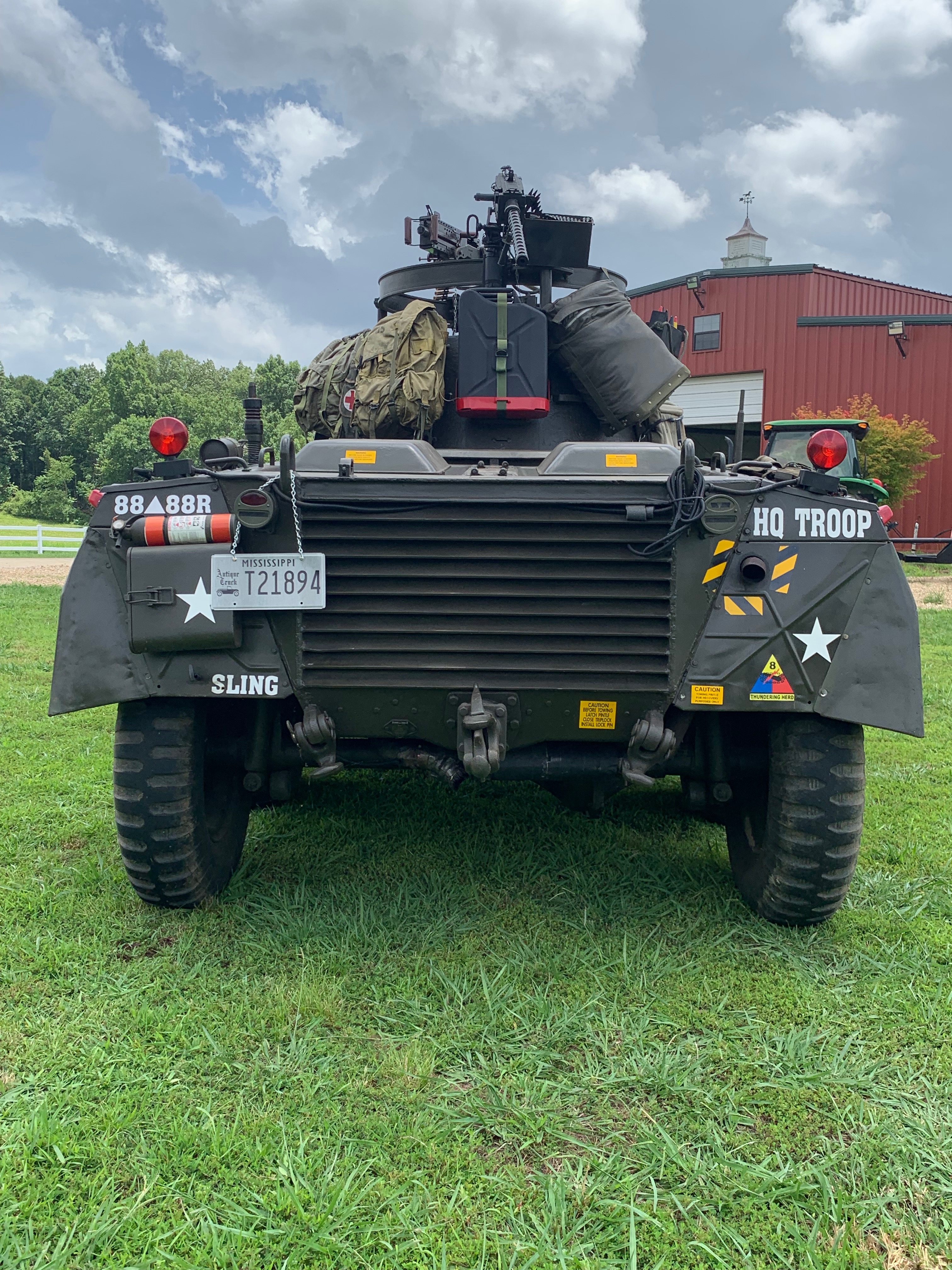 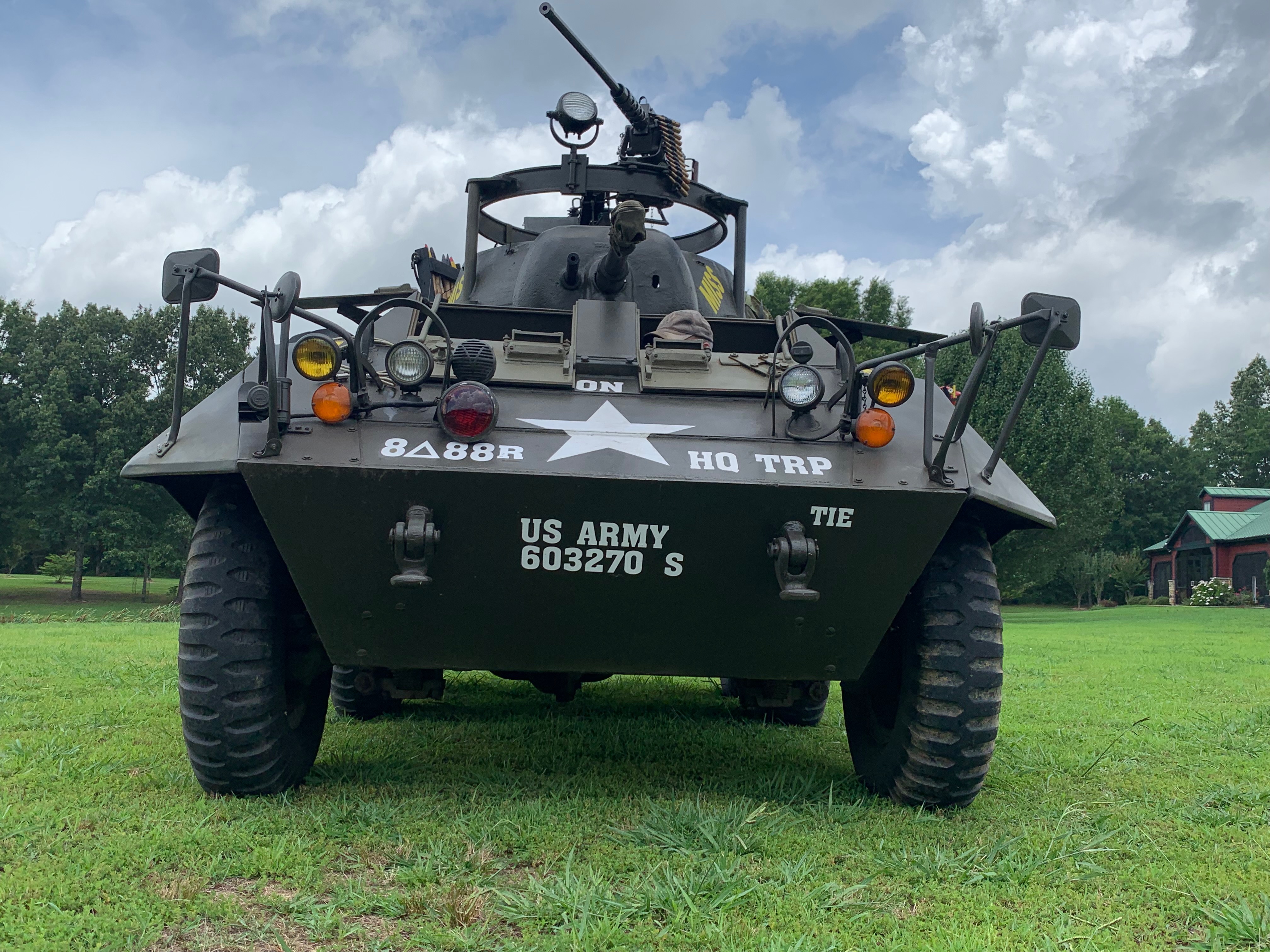 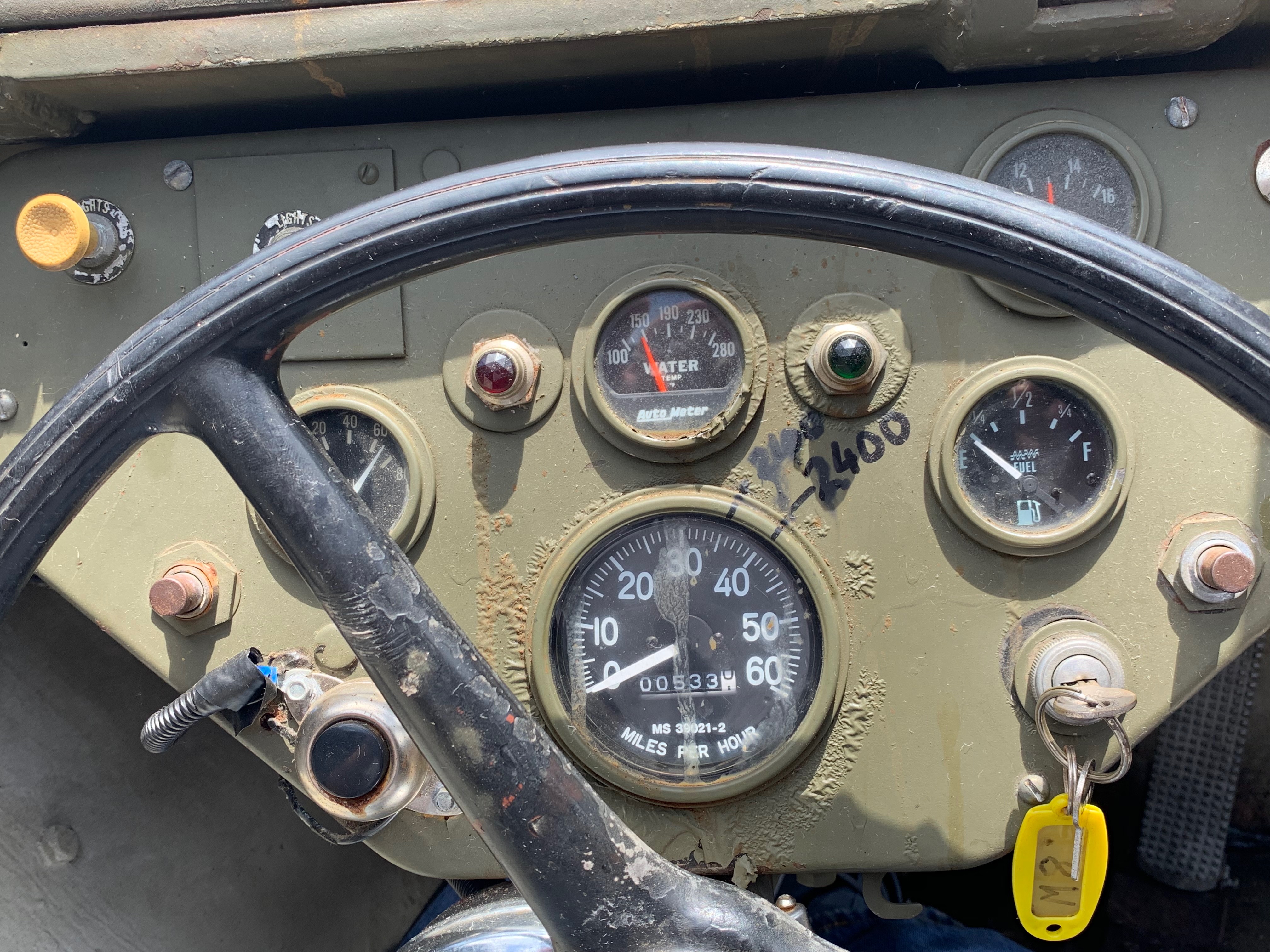 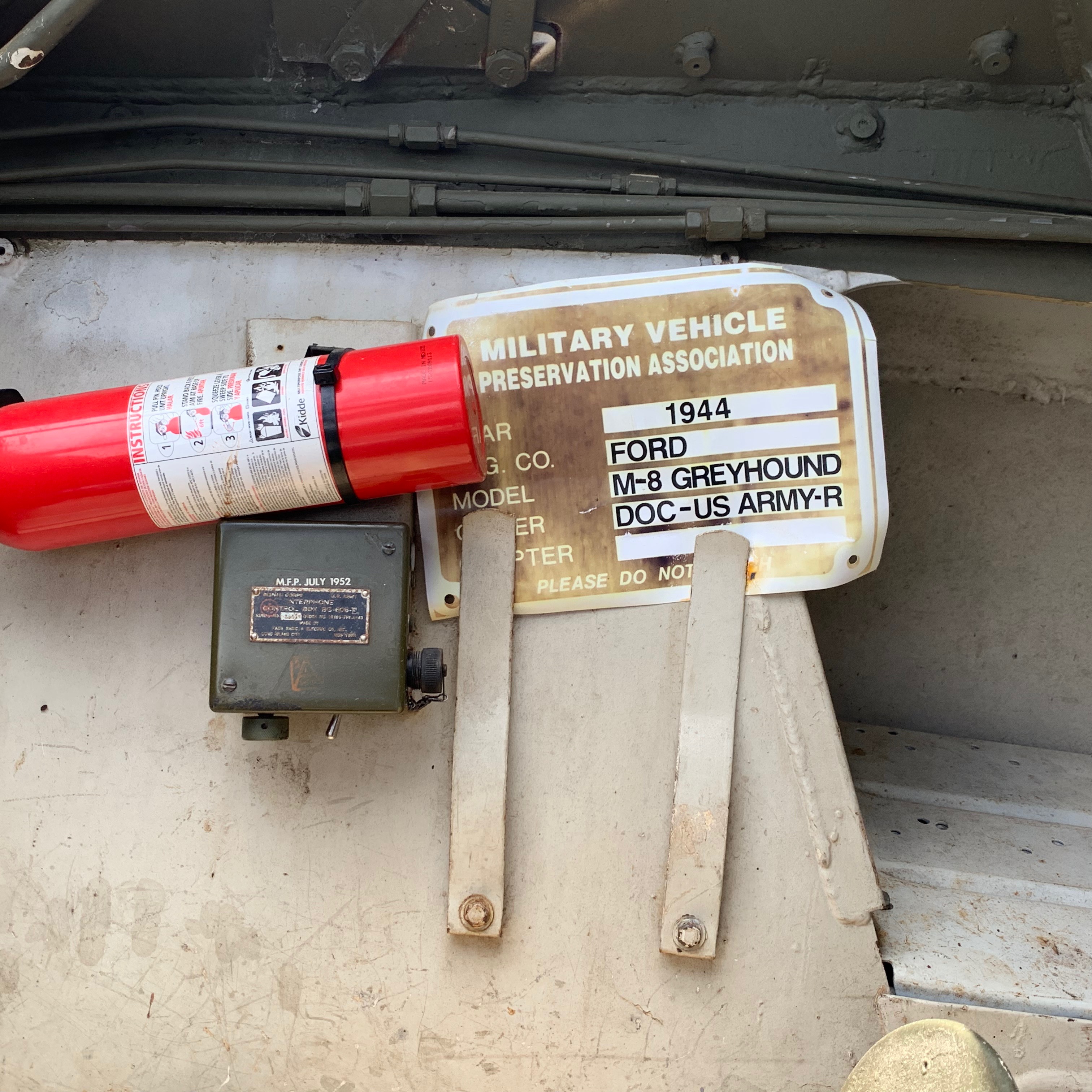 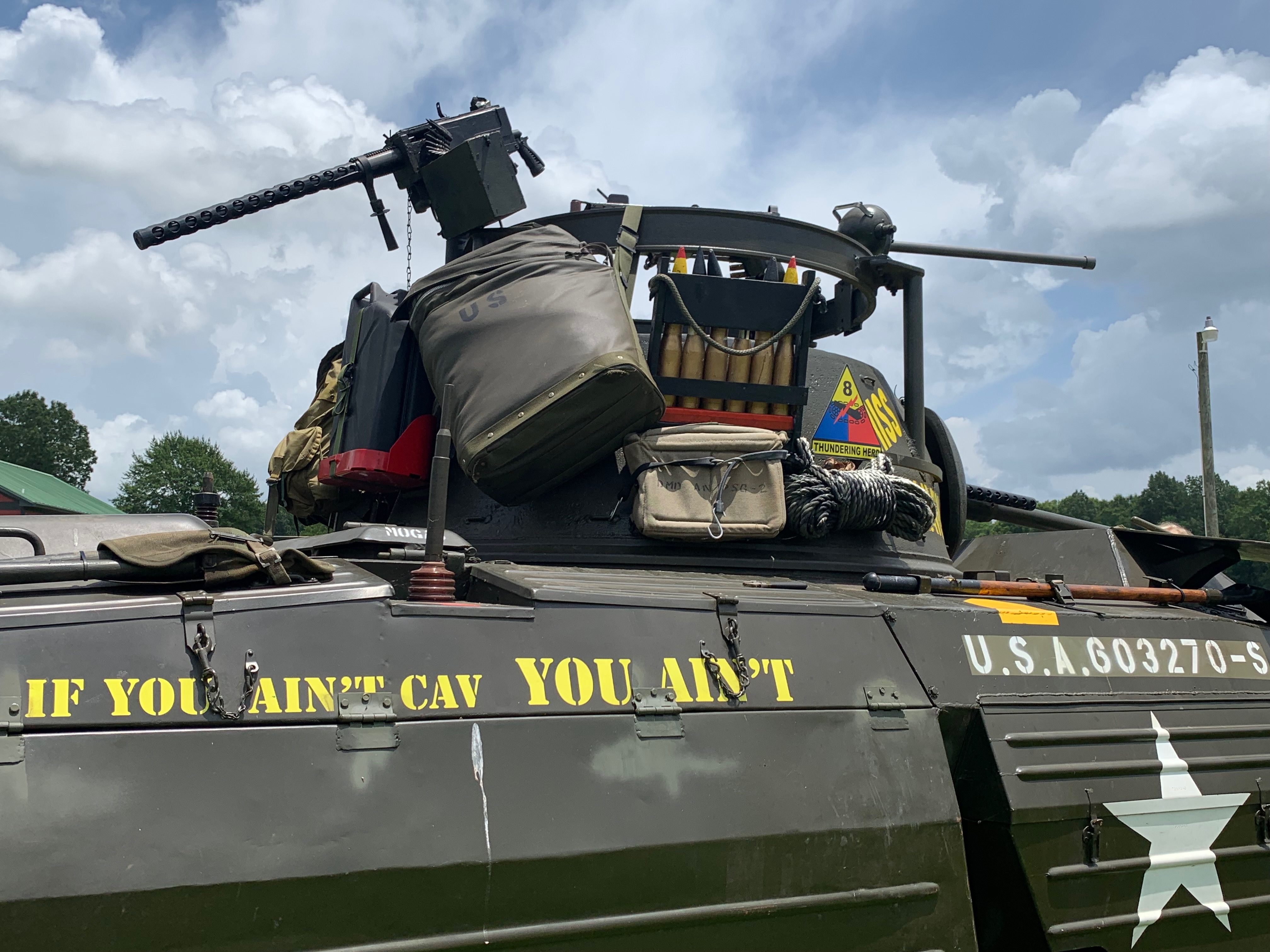 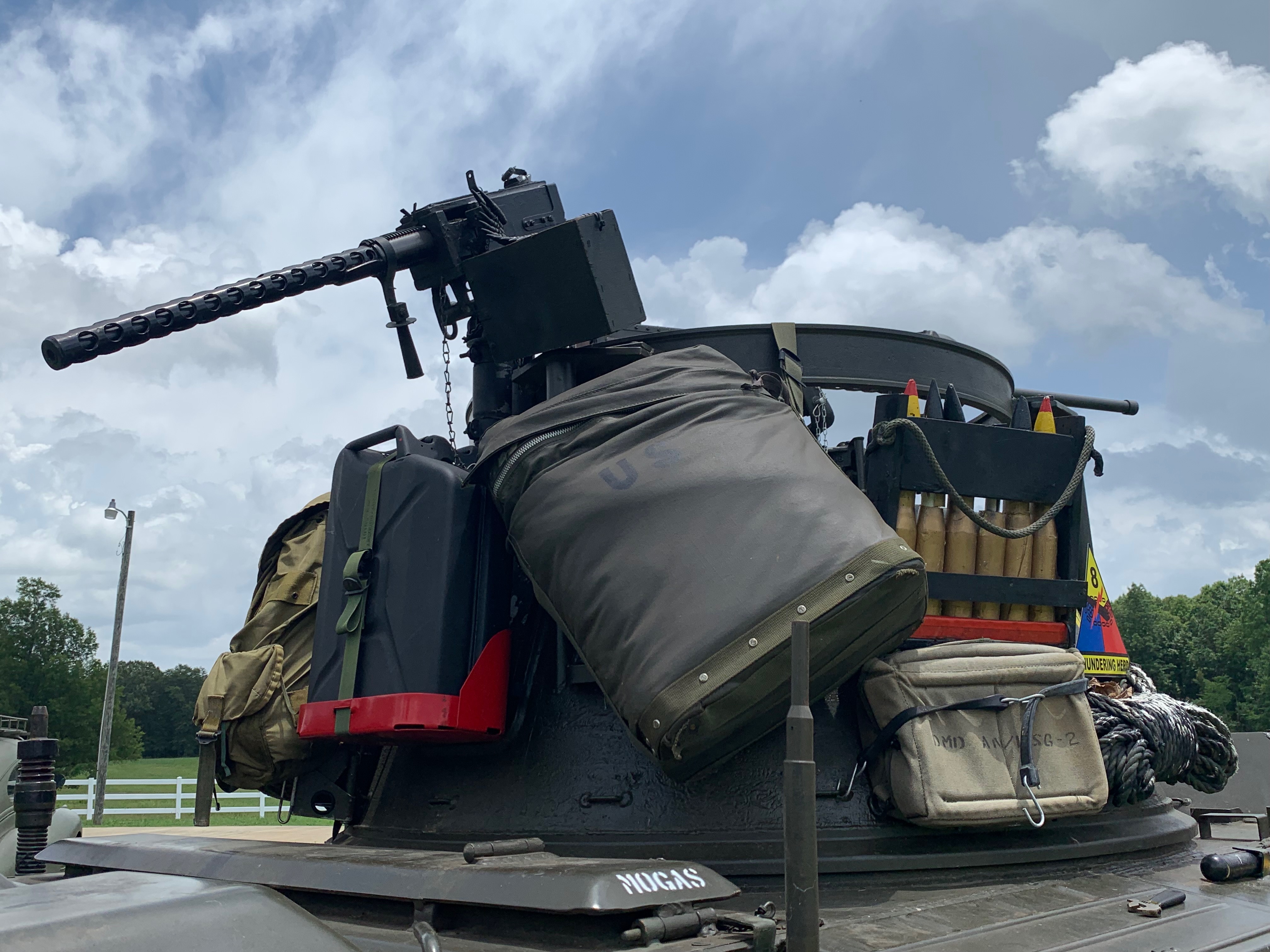 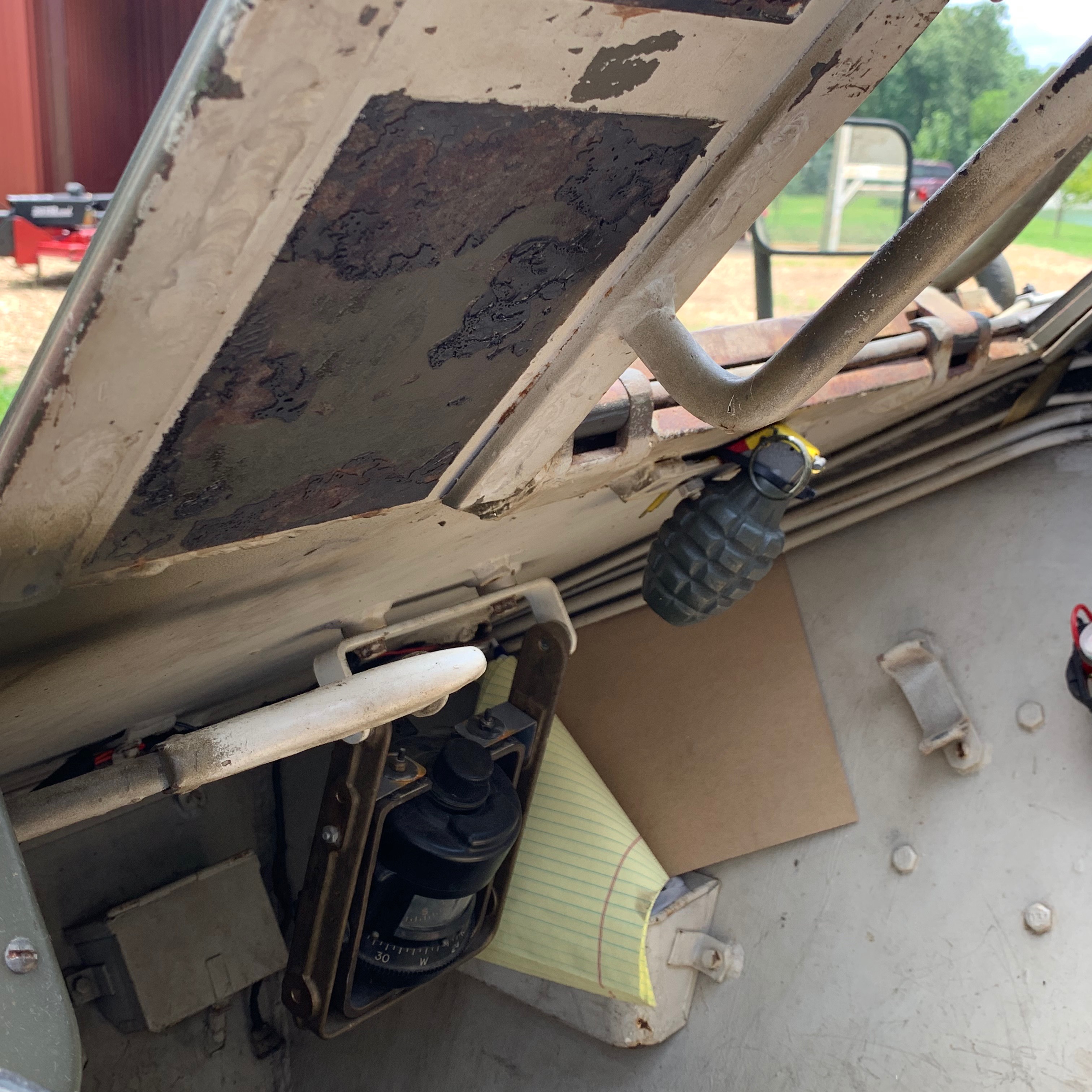 Seller will not ship this item.

The M8 light armored car entered combat service with the Allies in 1943. It was designed to serve as the primary basic command and communication combat vehicle of the U.S. Cavalry Reconnaissance Troops.
It is equipped with a replica M2 MG and M1919 MG on the turret. However Fully functional Machine Guns can be mounted in their place for Live Range use.The original engine has been replaced with a Chevy 454 along with a compatible transmission. Previous Owner noted 454 Engines replaced the original V6 engines along the way. You can do your own research on this.
I have owned this M8 for 5 years and have used it in several Military Parades it runs strong. You can drive it most anywhere as it is licensed for road use in Ms and was in PA when I brought it. Clear title. Brakes well with handbrake near steering wheel or with foot brake. Foot braking has small leak in brake line requiring refill of reservoir after couple of days should be easy fix to repair. Main gun is replica steel barrel. Does not have breech block or breech ring. Functional Gun system require NFA approval. I just missed M3 M37 Antitank gun couple years ago on auction. I was going to pull M3 off carriage and mount on M8. Basically same gun. M37 Gun was classified as M6 mounted on M8 and M3 on AT Carriage. I found Military Restoration Company in St Louis. MO whom said they could mount gun on M8.I am a licensed Class 2/07 SOT just need to add destructive device to acquire gun. Civilians can acquire as well with NFA Registration and approval.Traverses and elevates nicely with manual controls. Coax has replica M1919 in place could be replaced with live gun. Has Gunners scope in place for gunnery likely not original but appears to function ok. Has couple of old radios mounted I have never tried to use them but has the period look. Very nice and rare vehicle that could be restored as fully operational Live combat vehicle for Range use with little work and time. I have two complete wheel and tires for spares aired and ready to mount if needed I will include. Priced to sell.
Buyer is responsible for shipping.


Seller will not ship this item.

Seller will not ship this item.