This Auction Has Ended 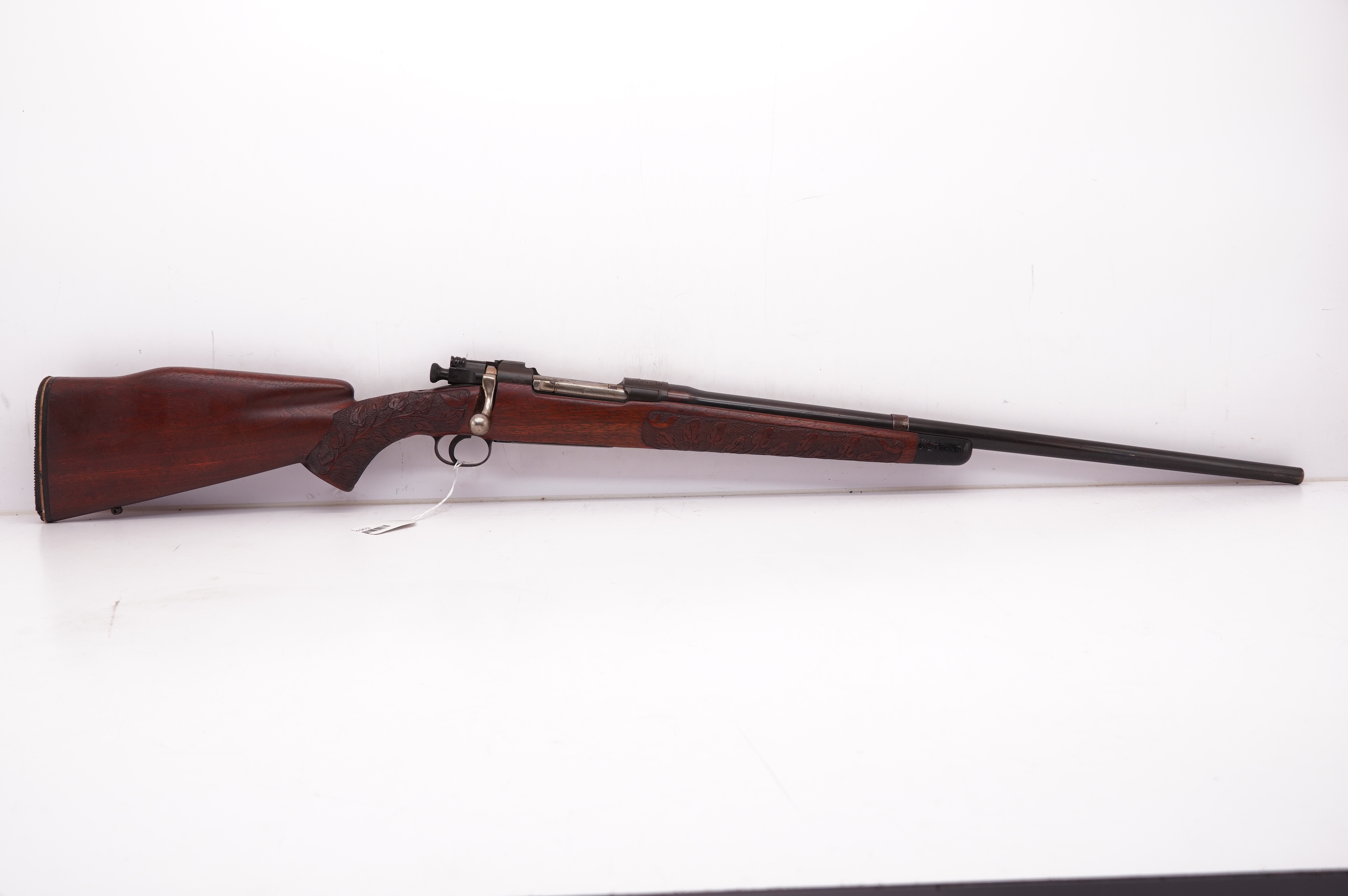 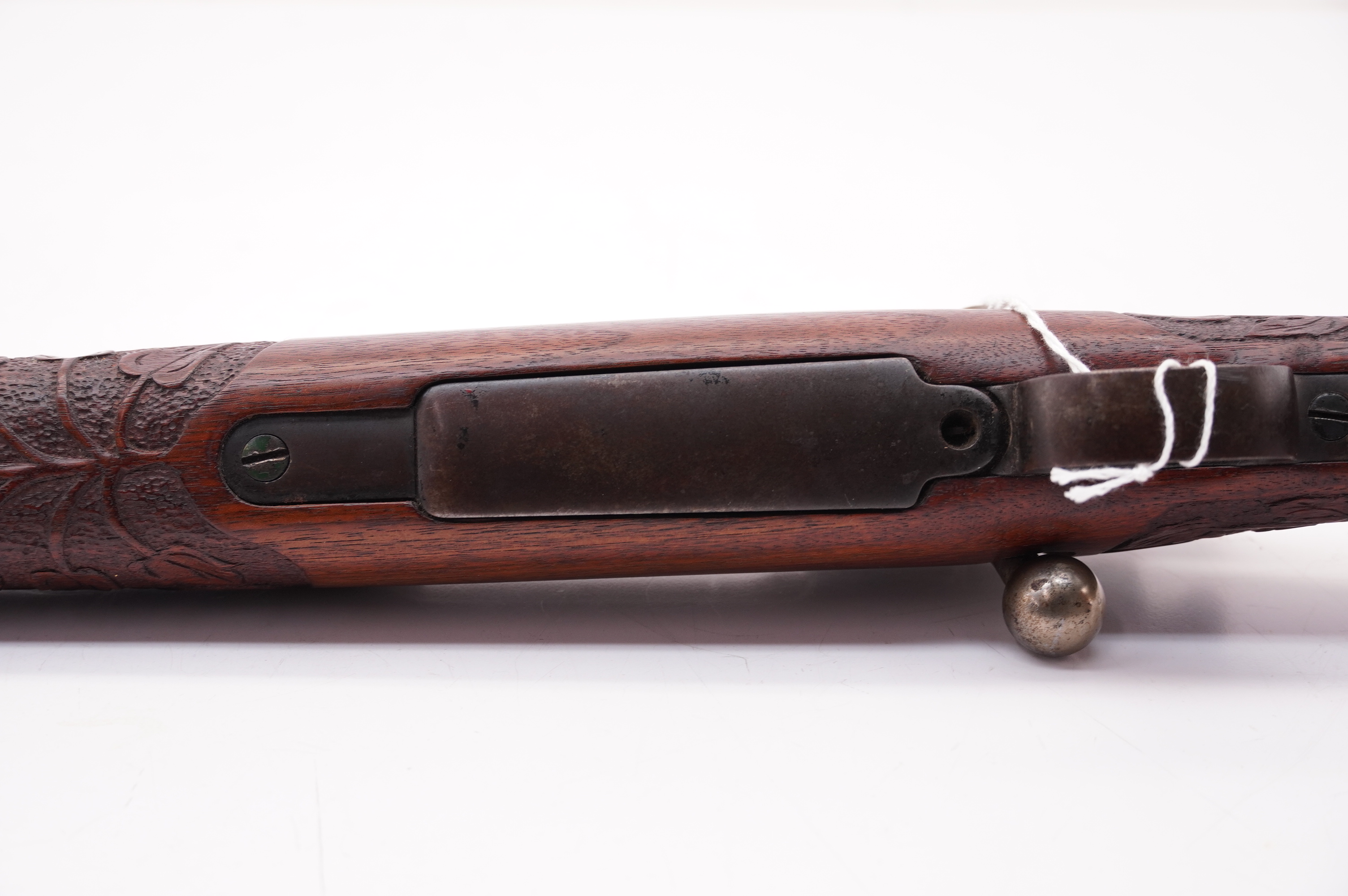 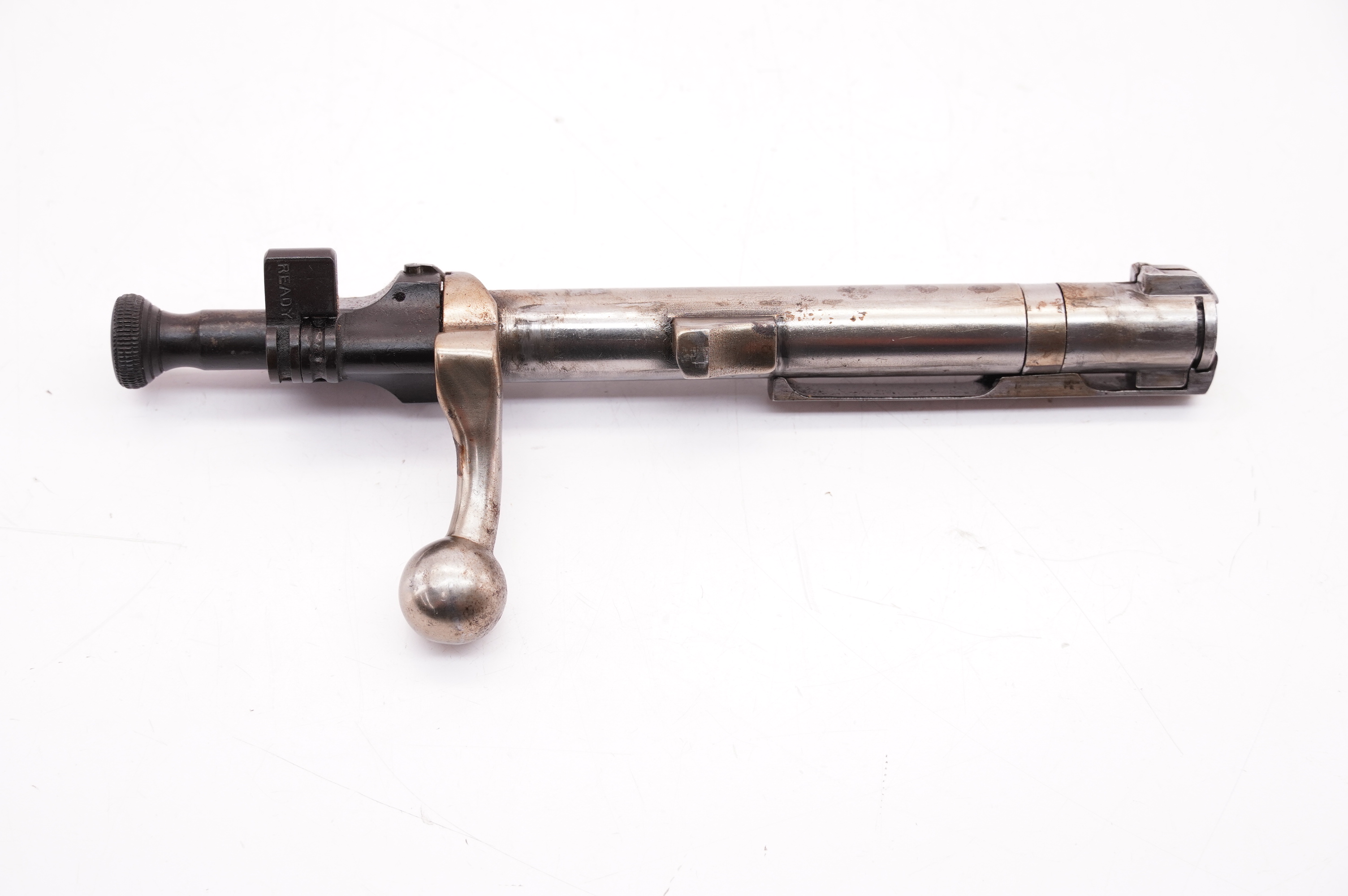 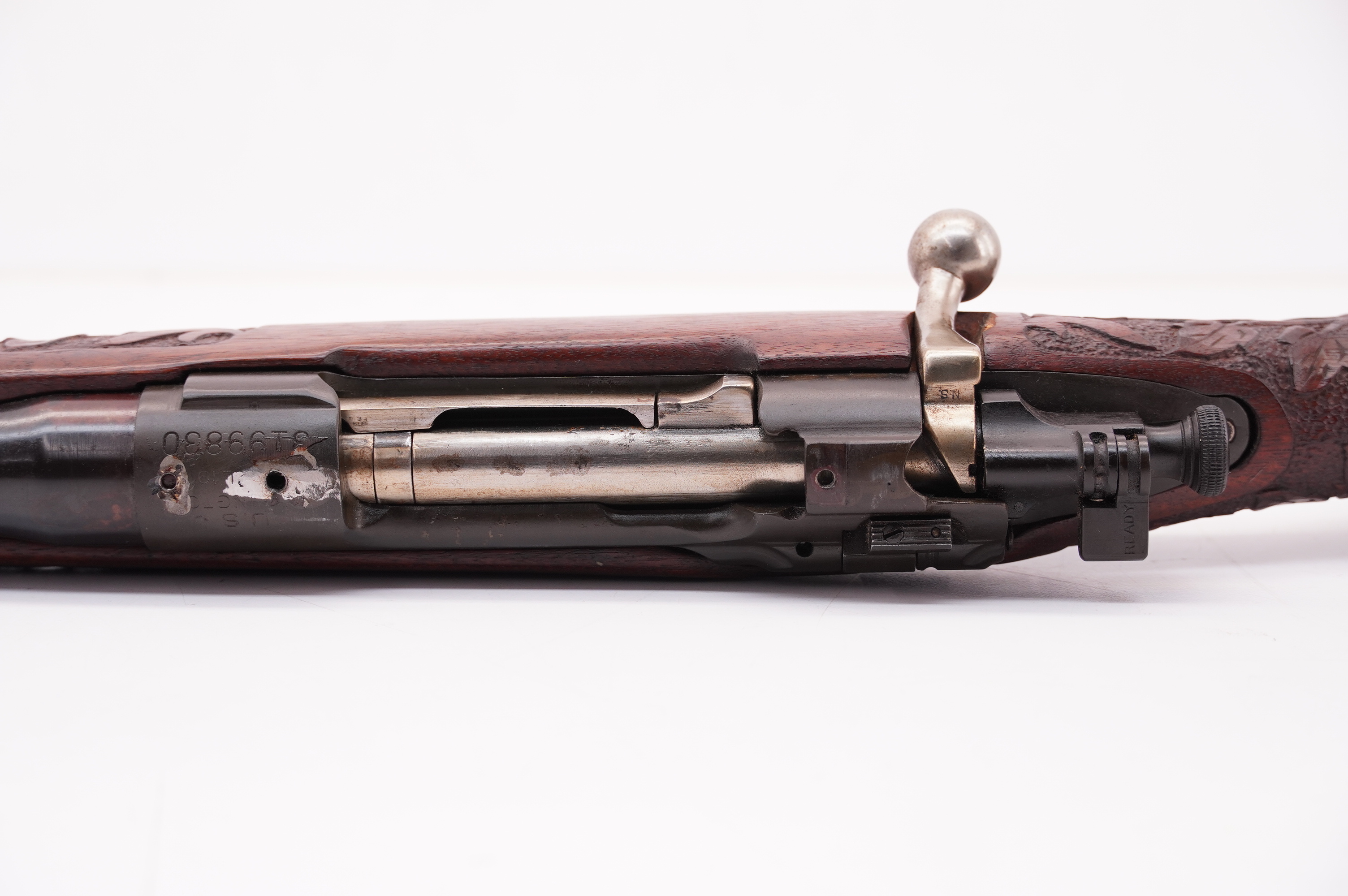 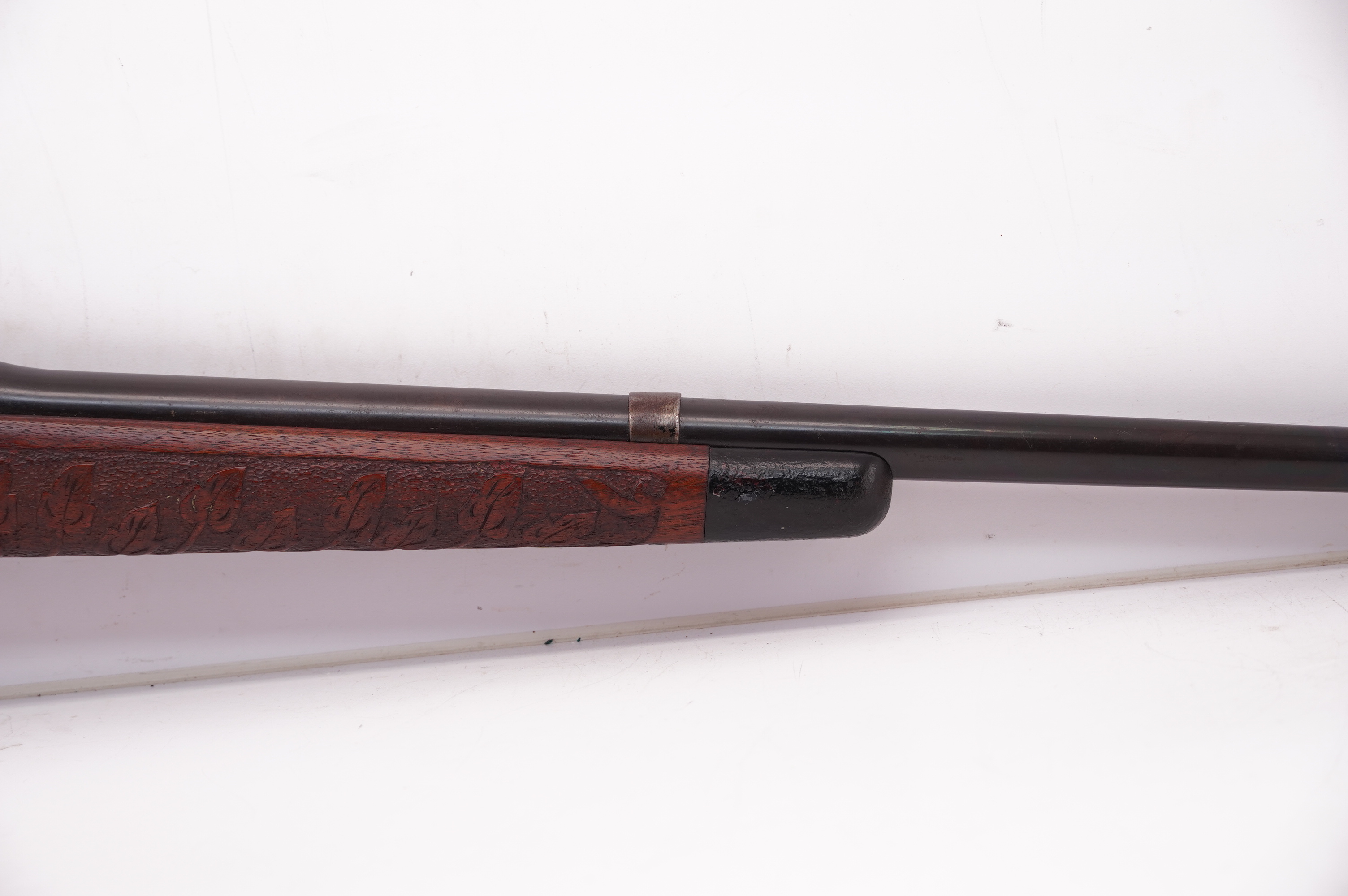 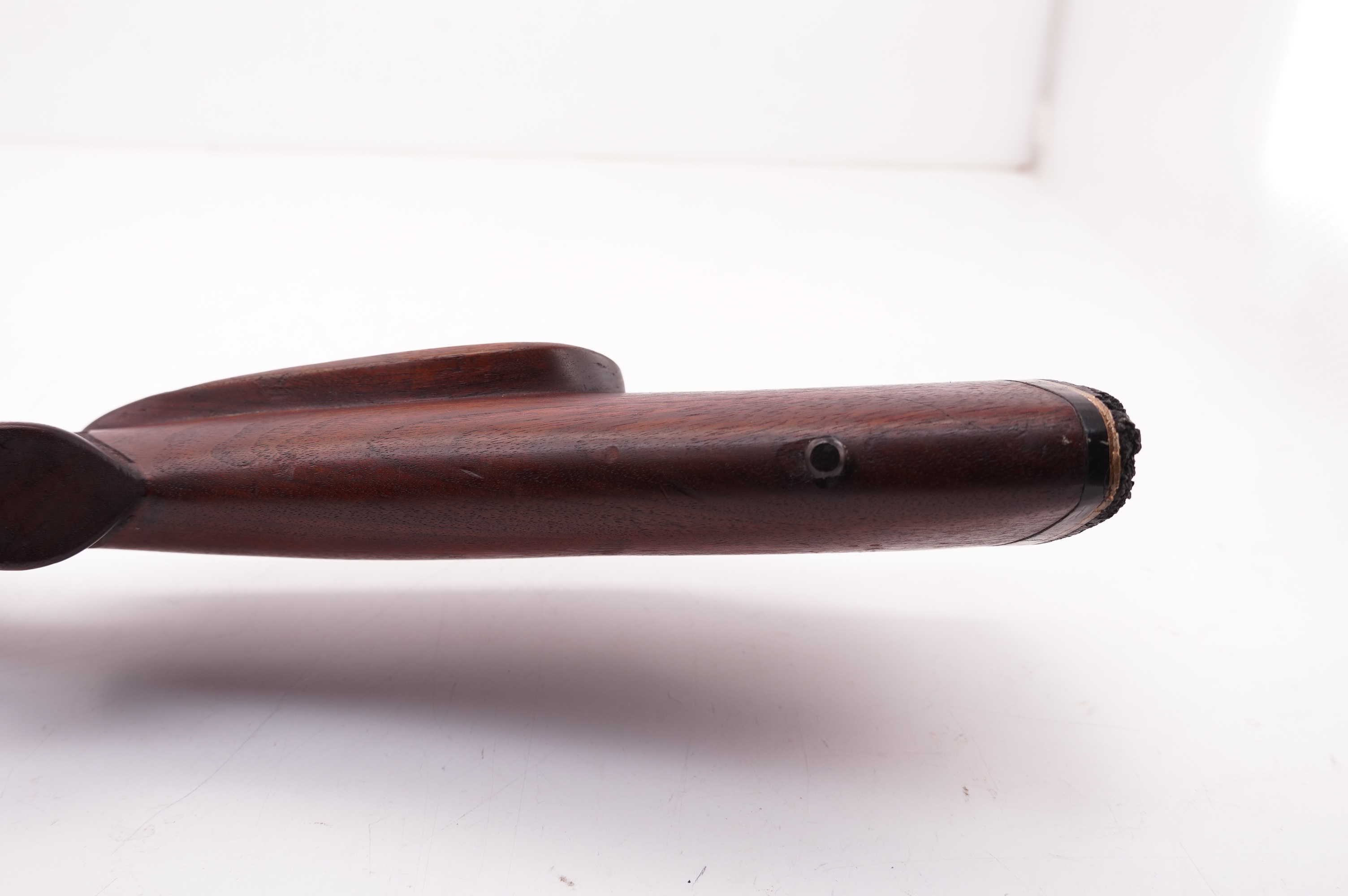 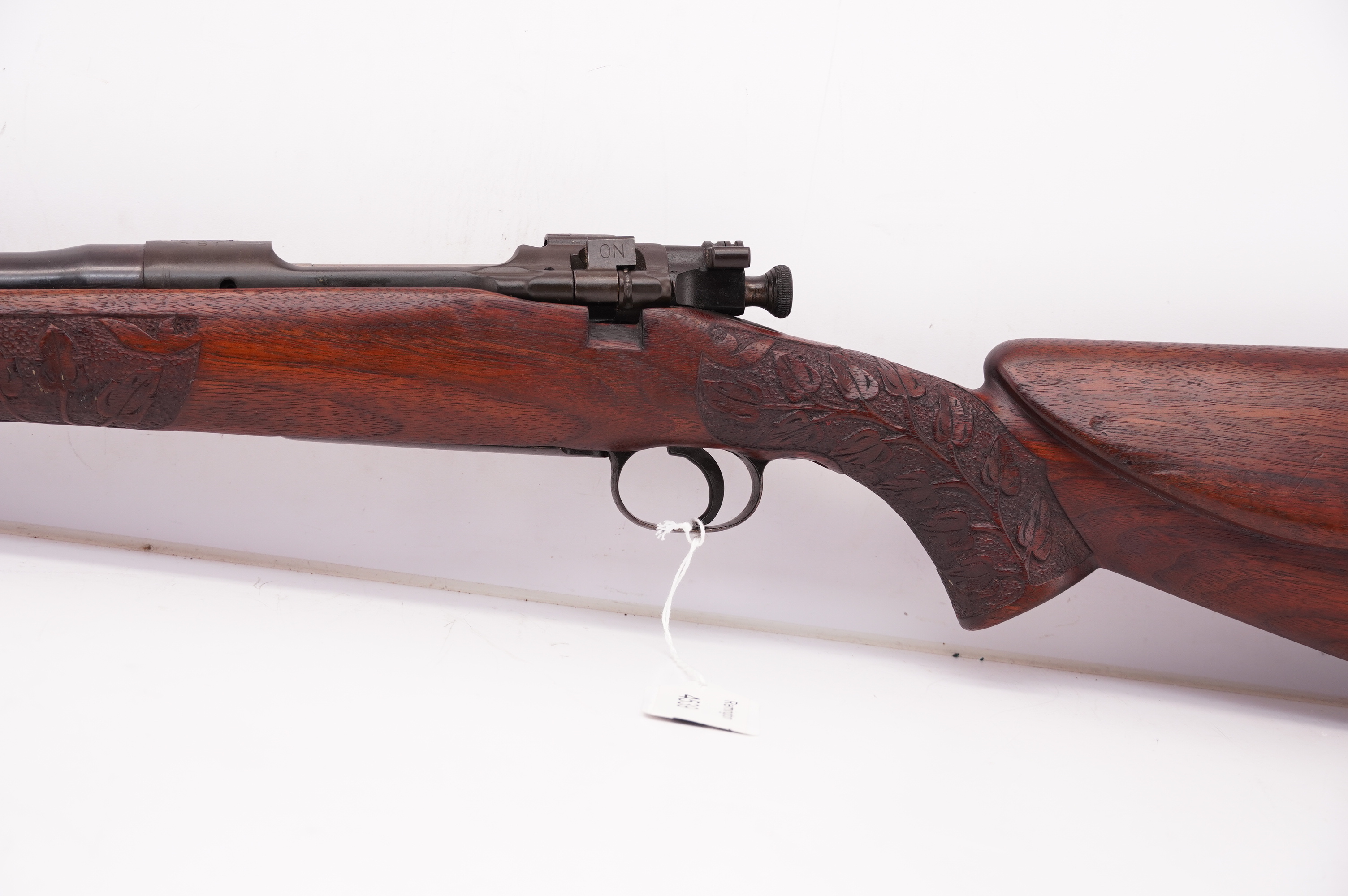 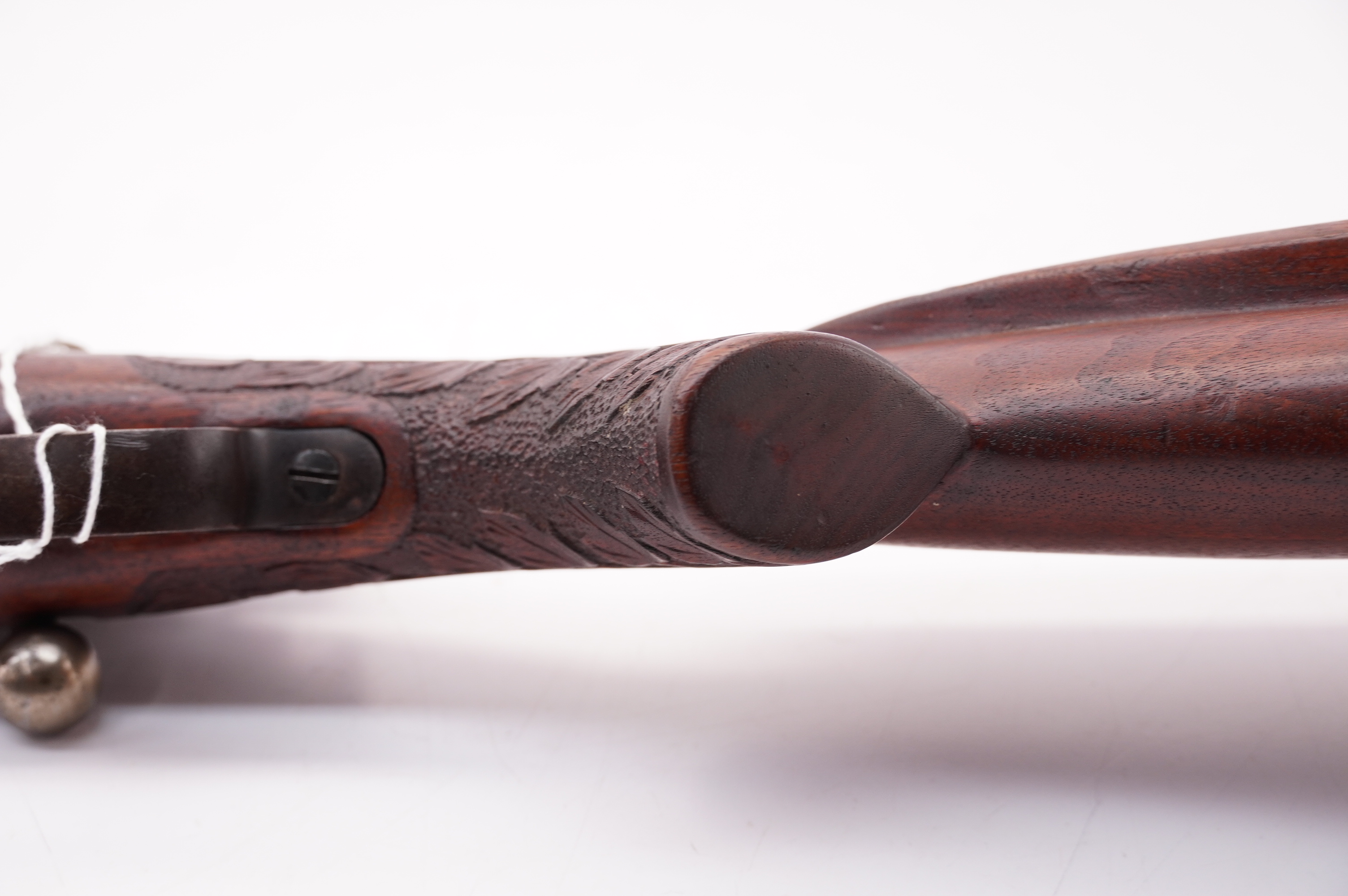 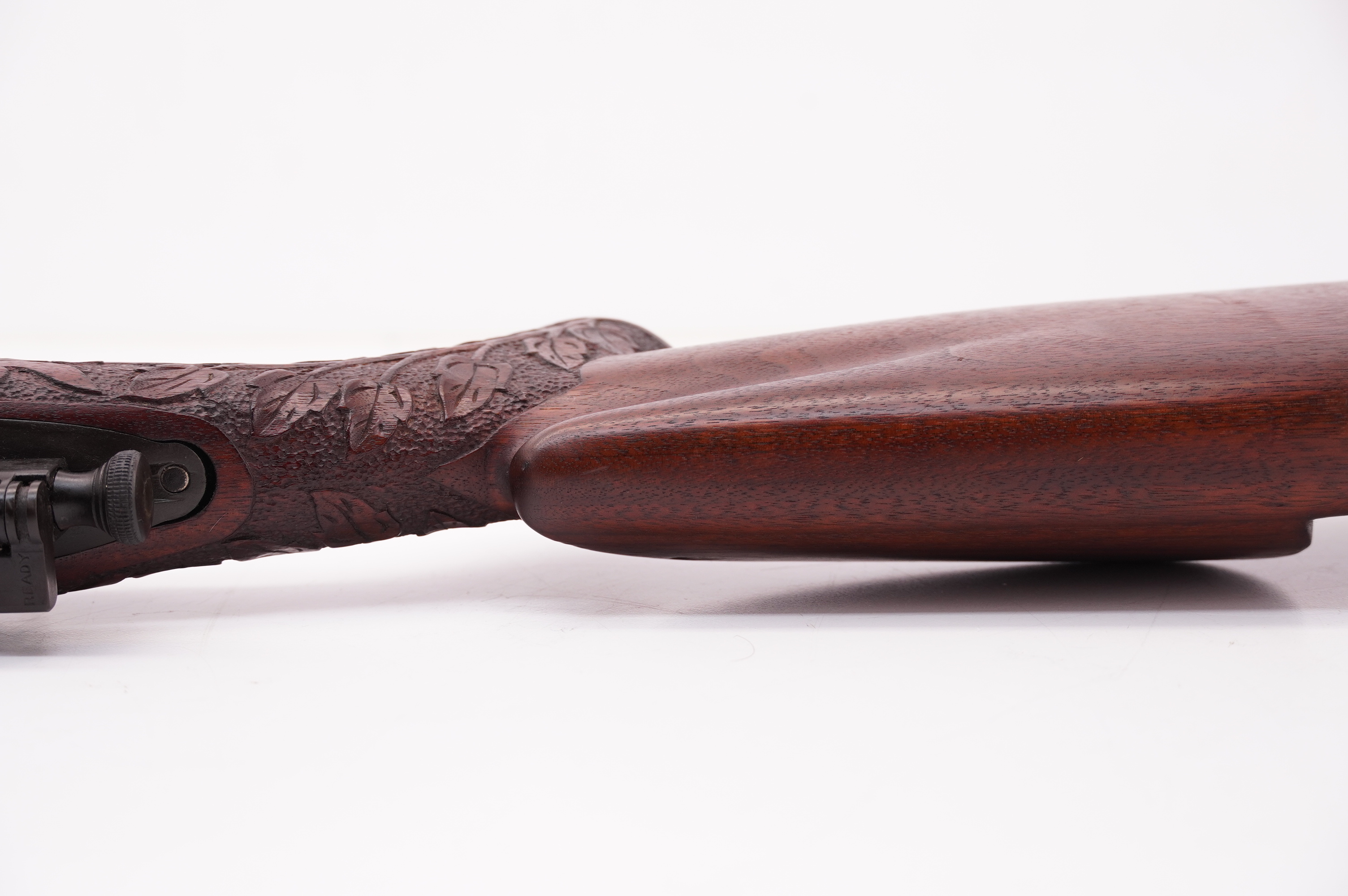 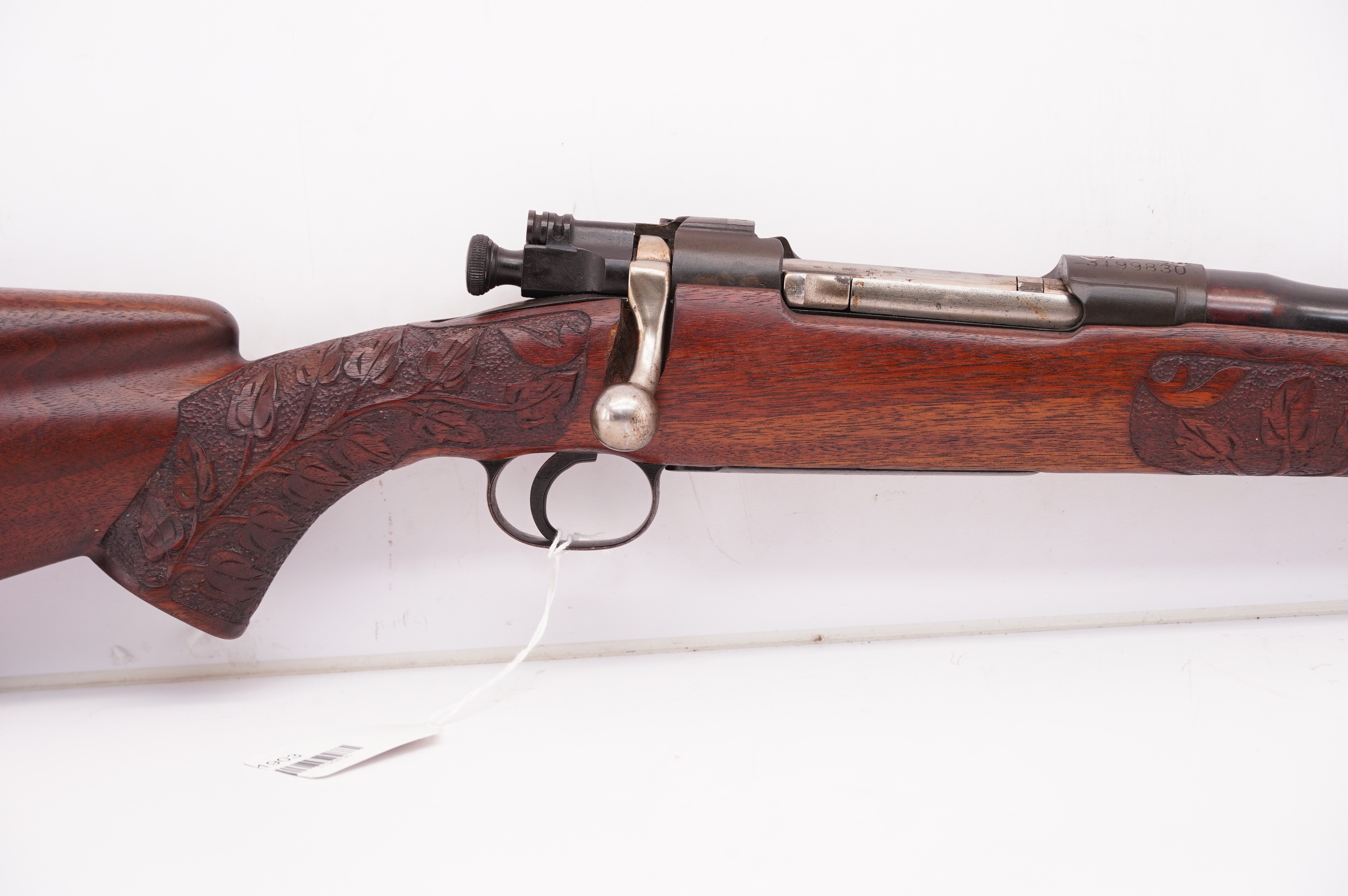 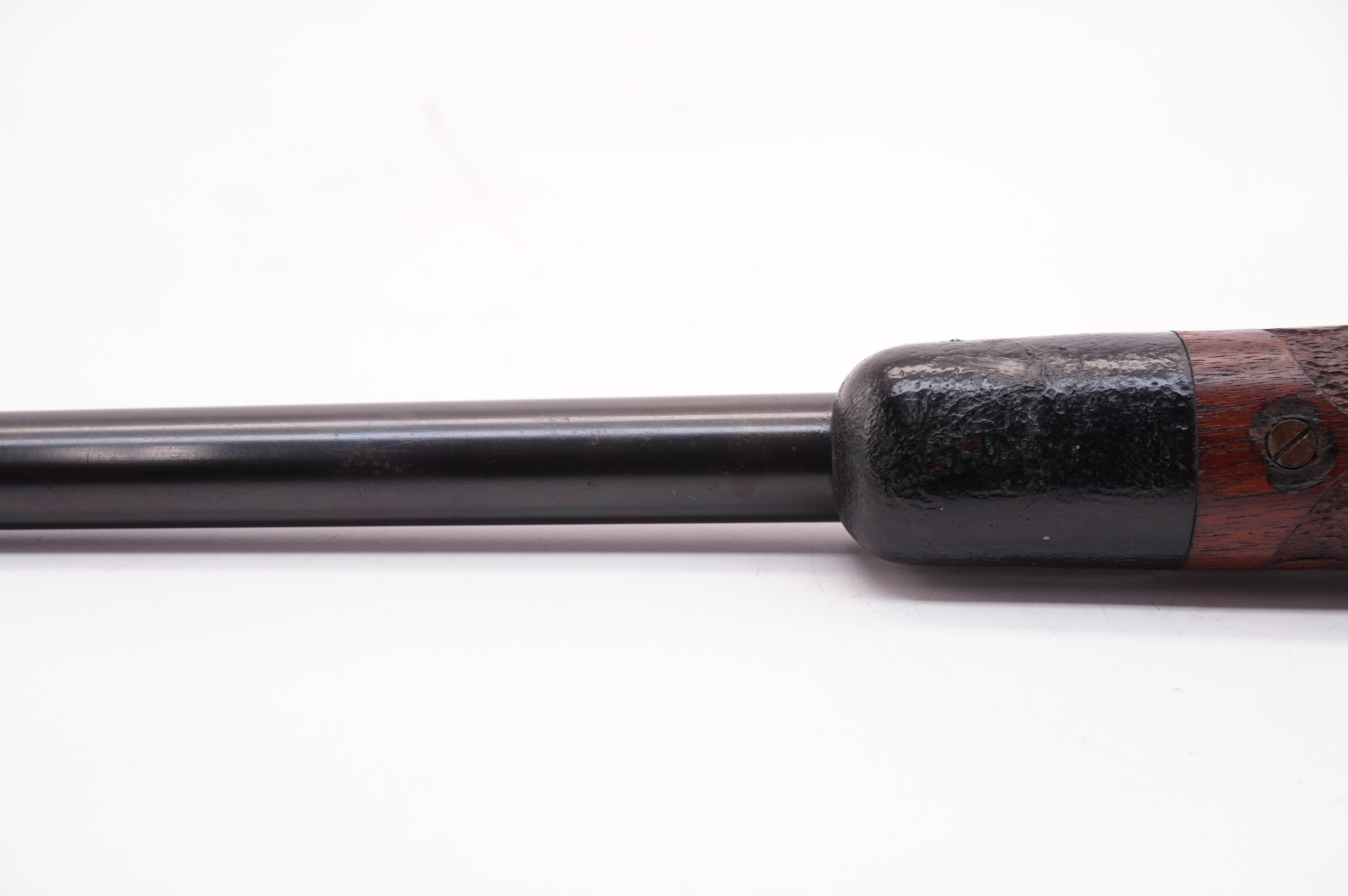 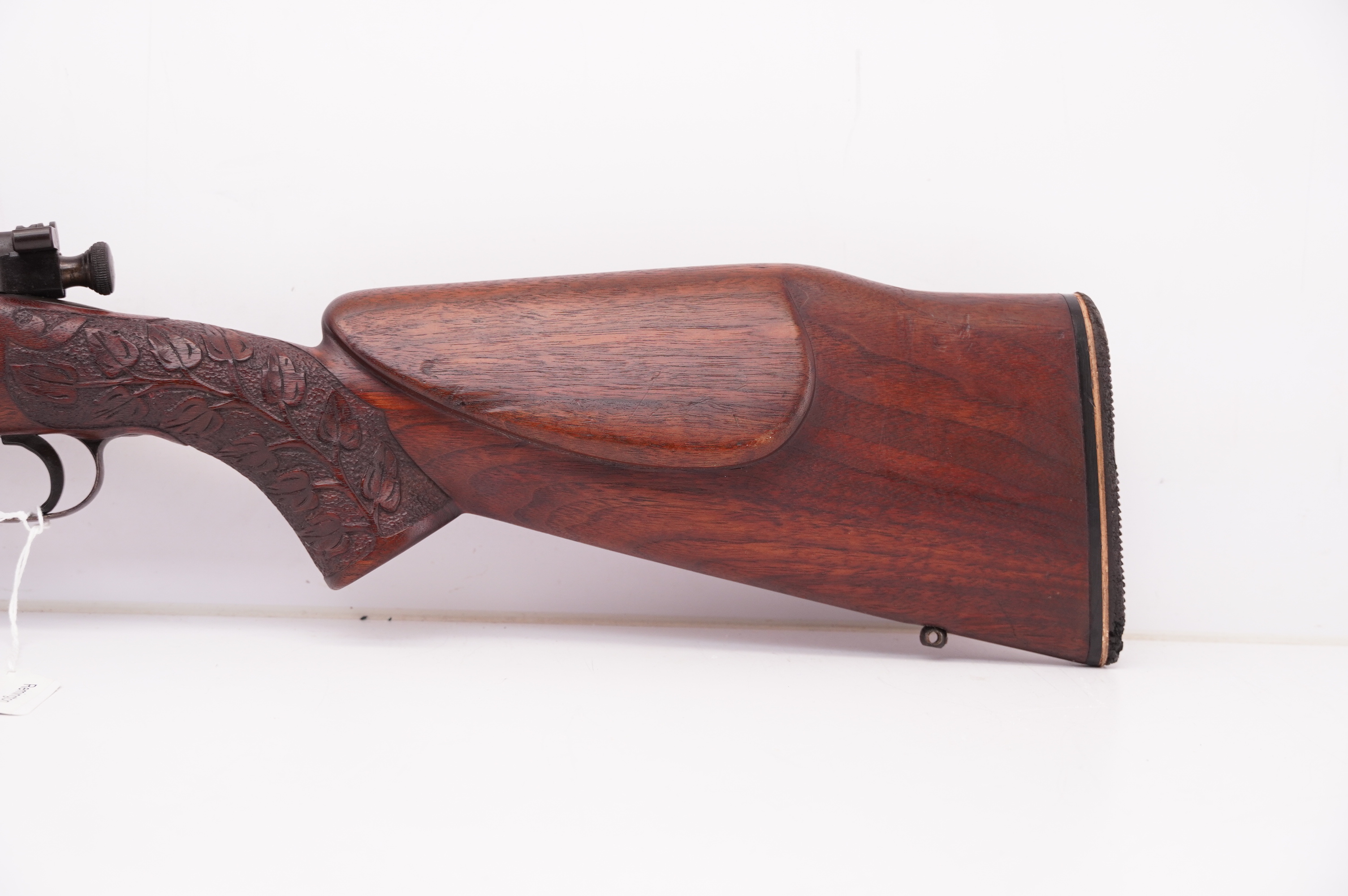 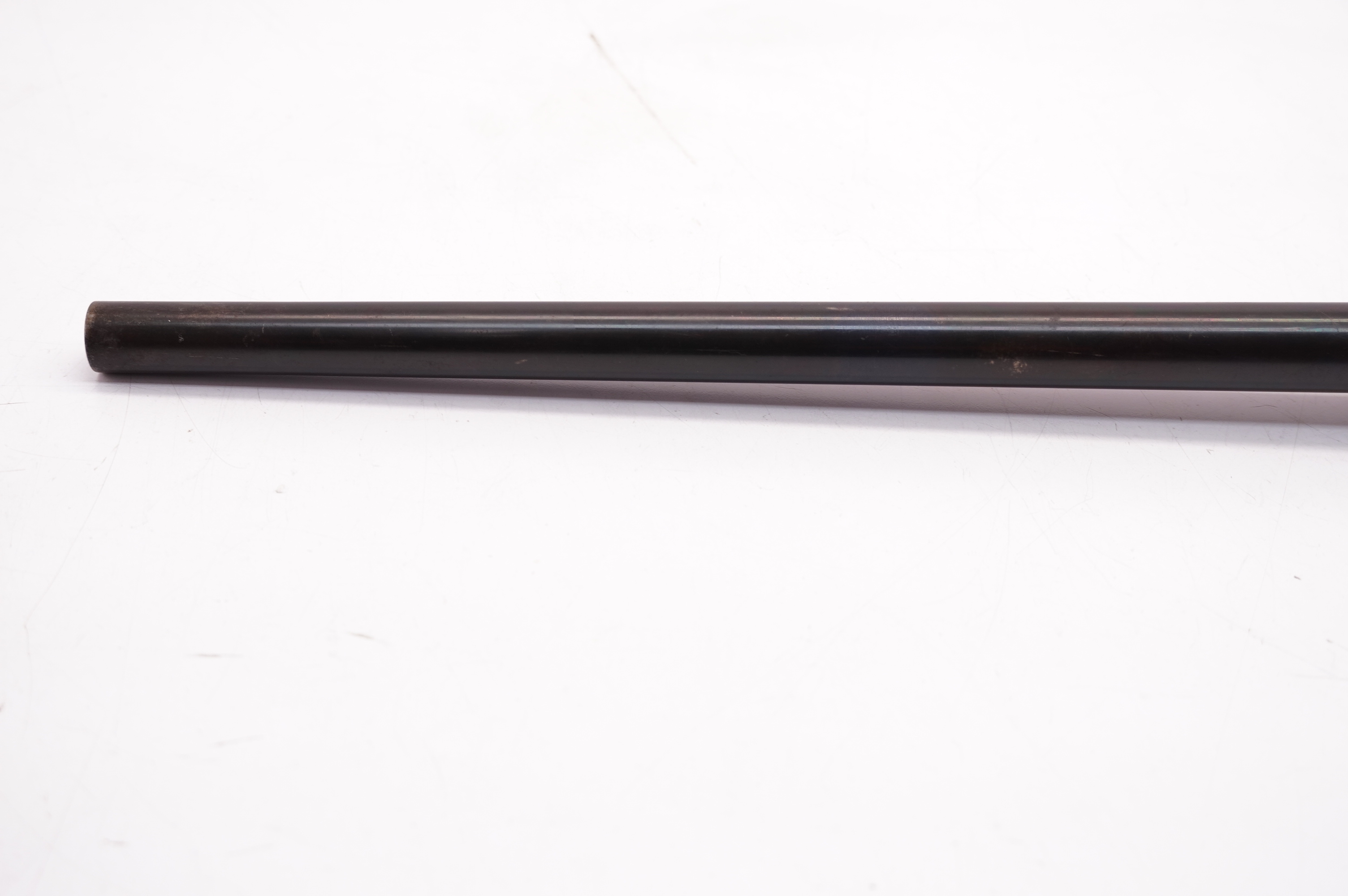 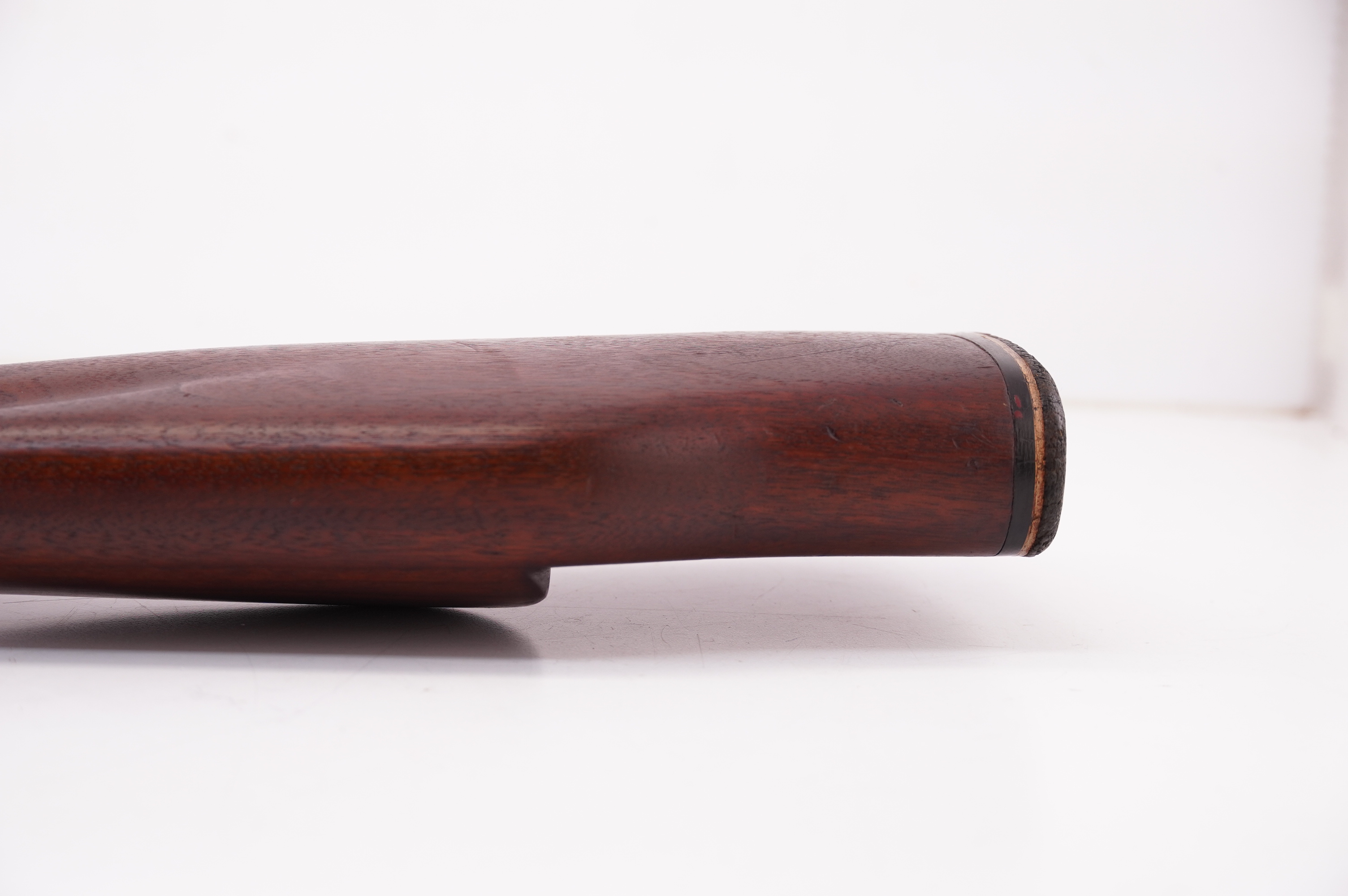 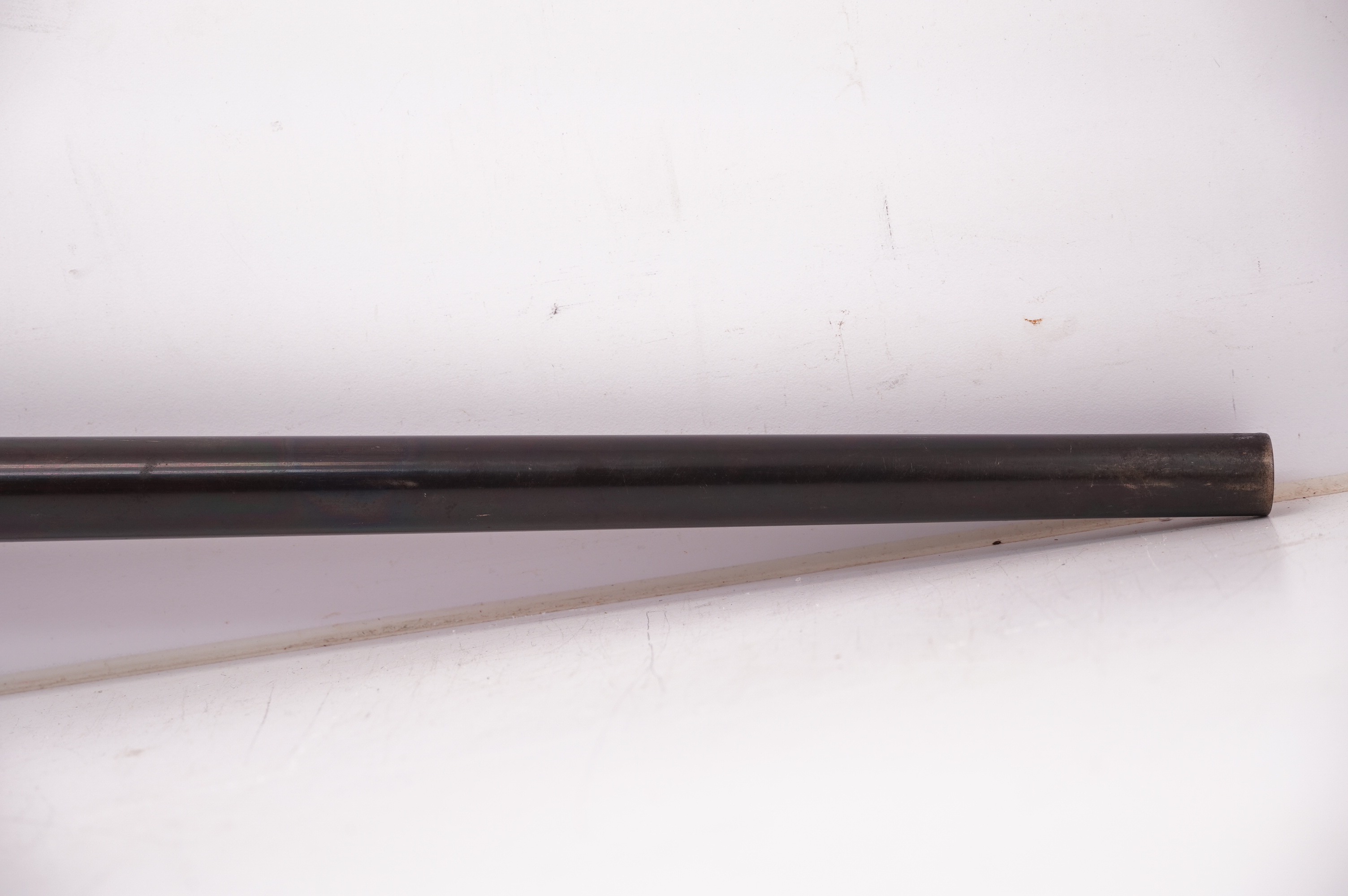 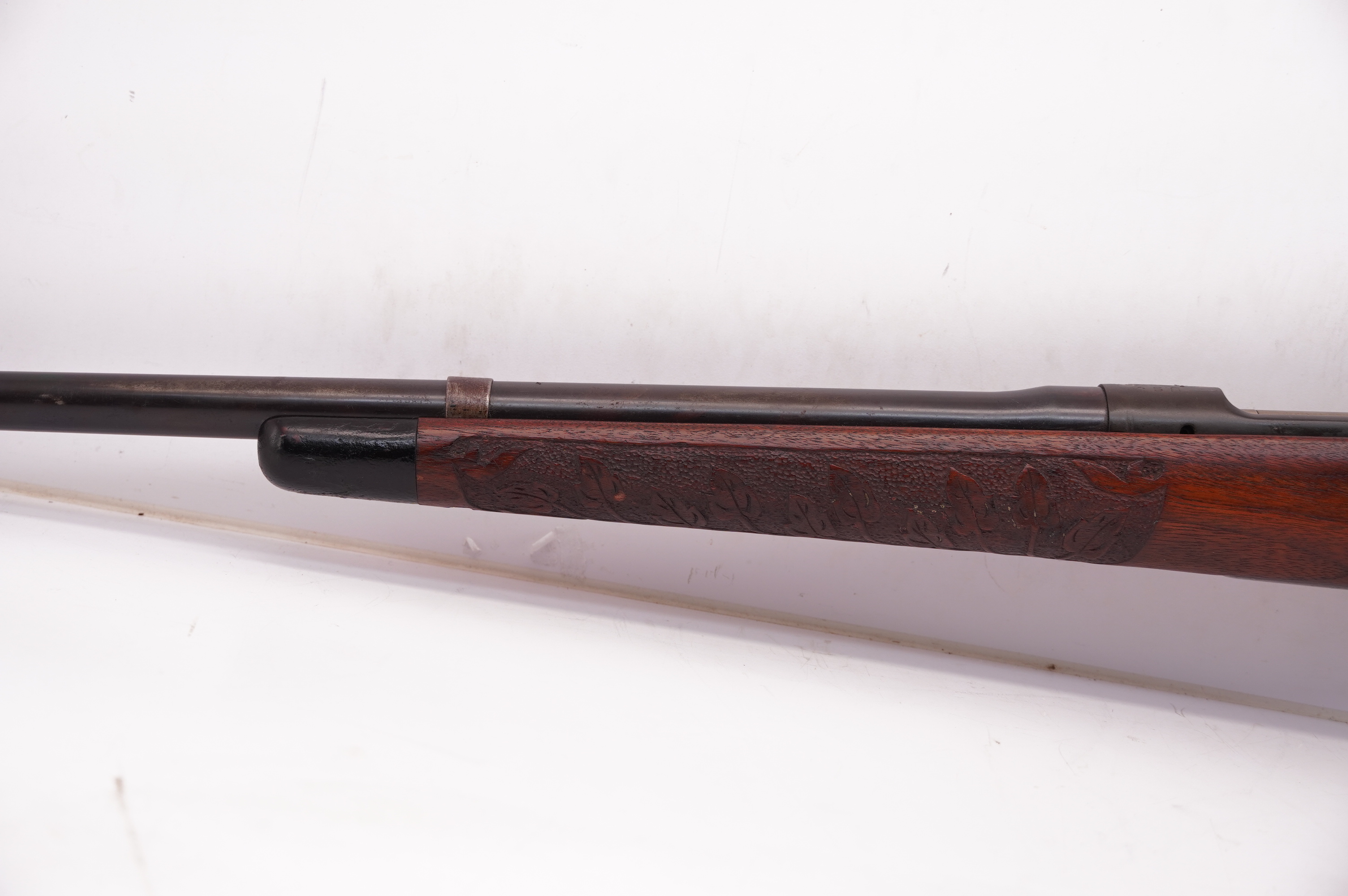 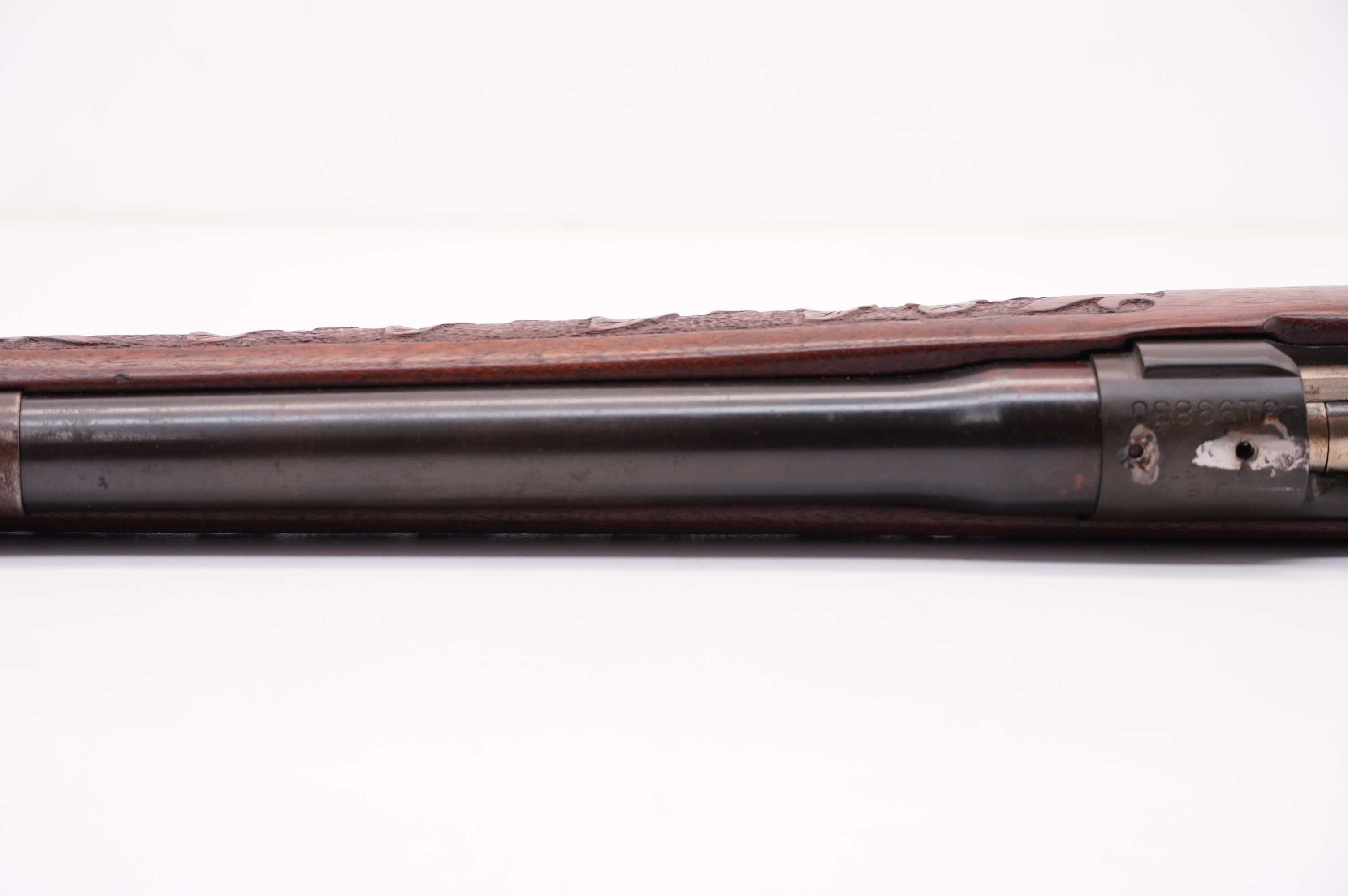 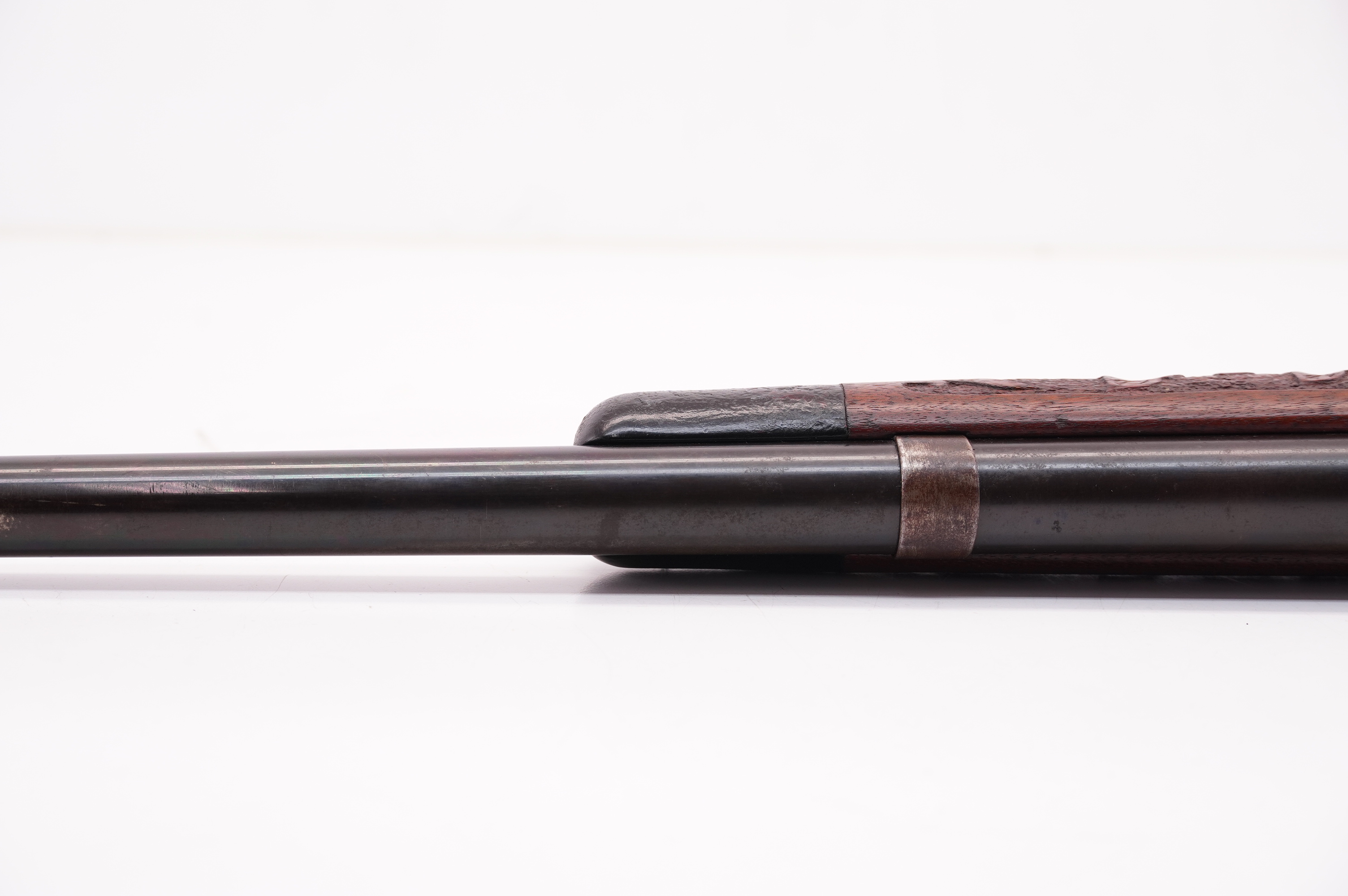 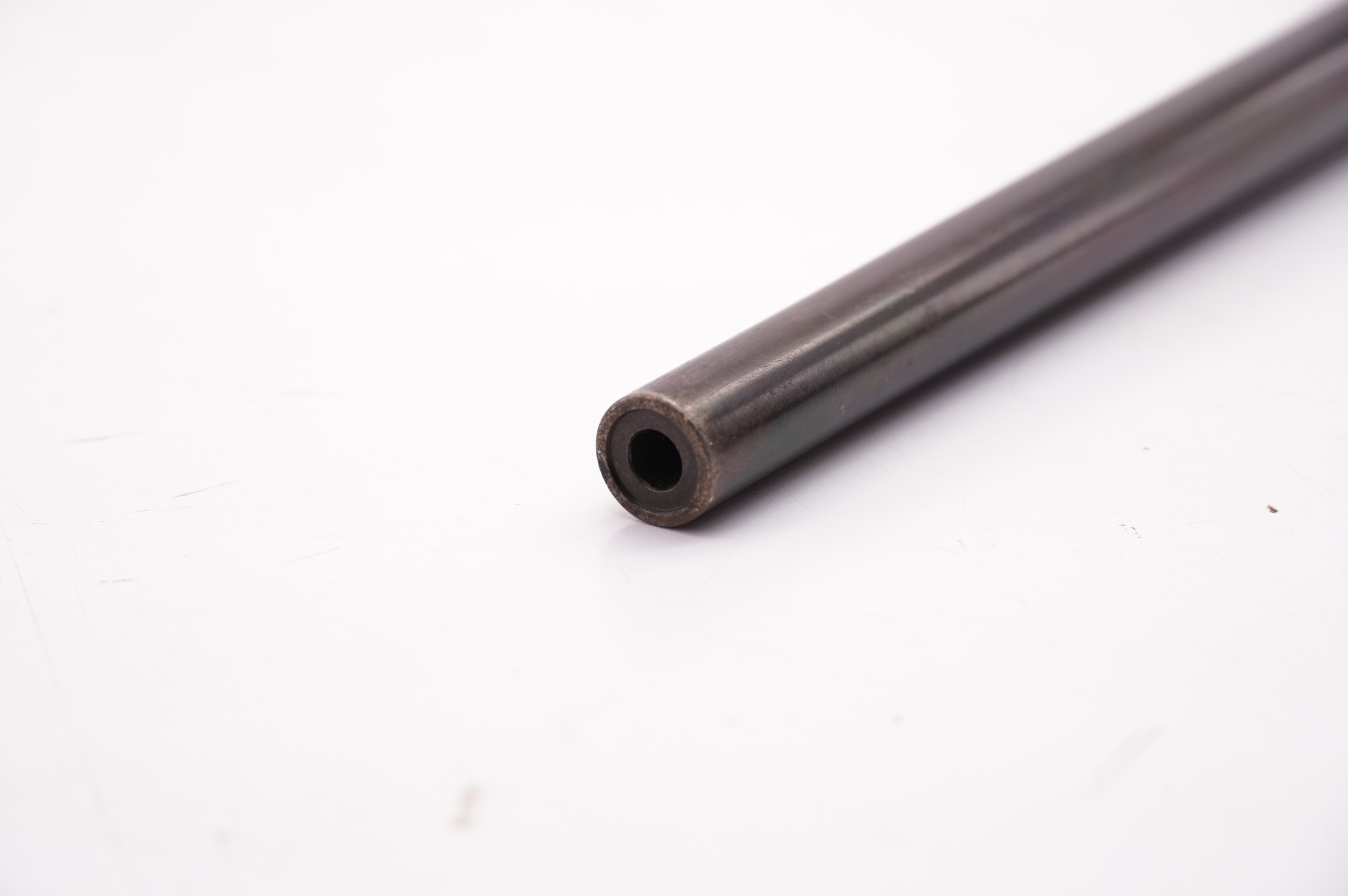 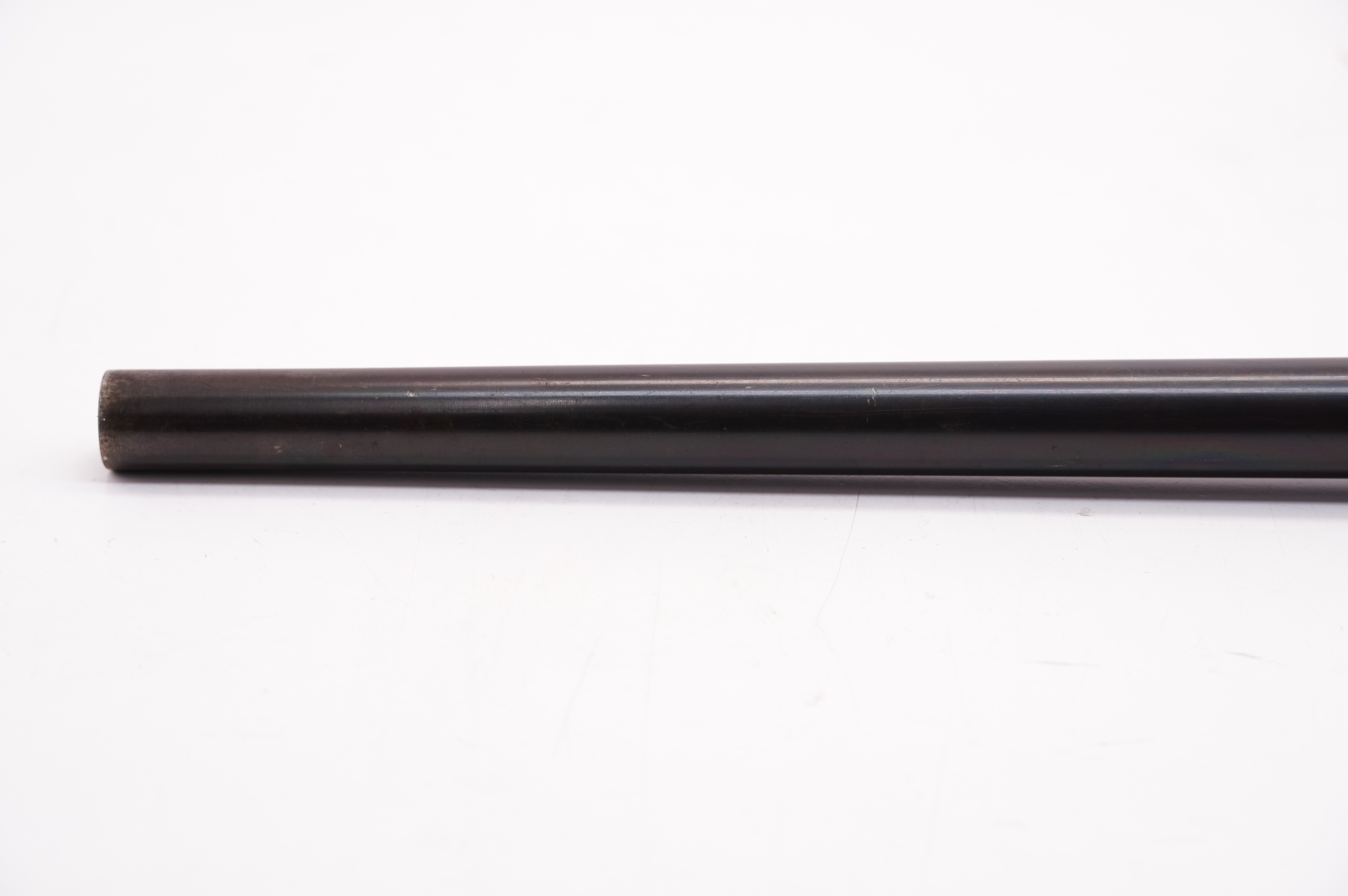 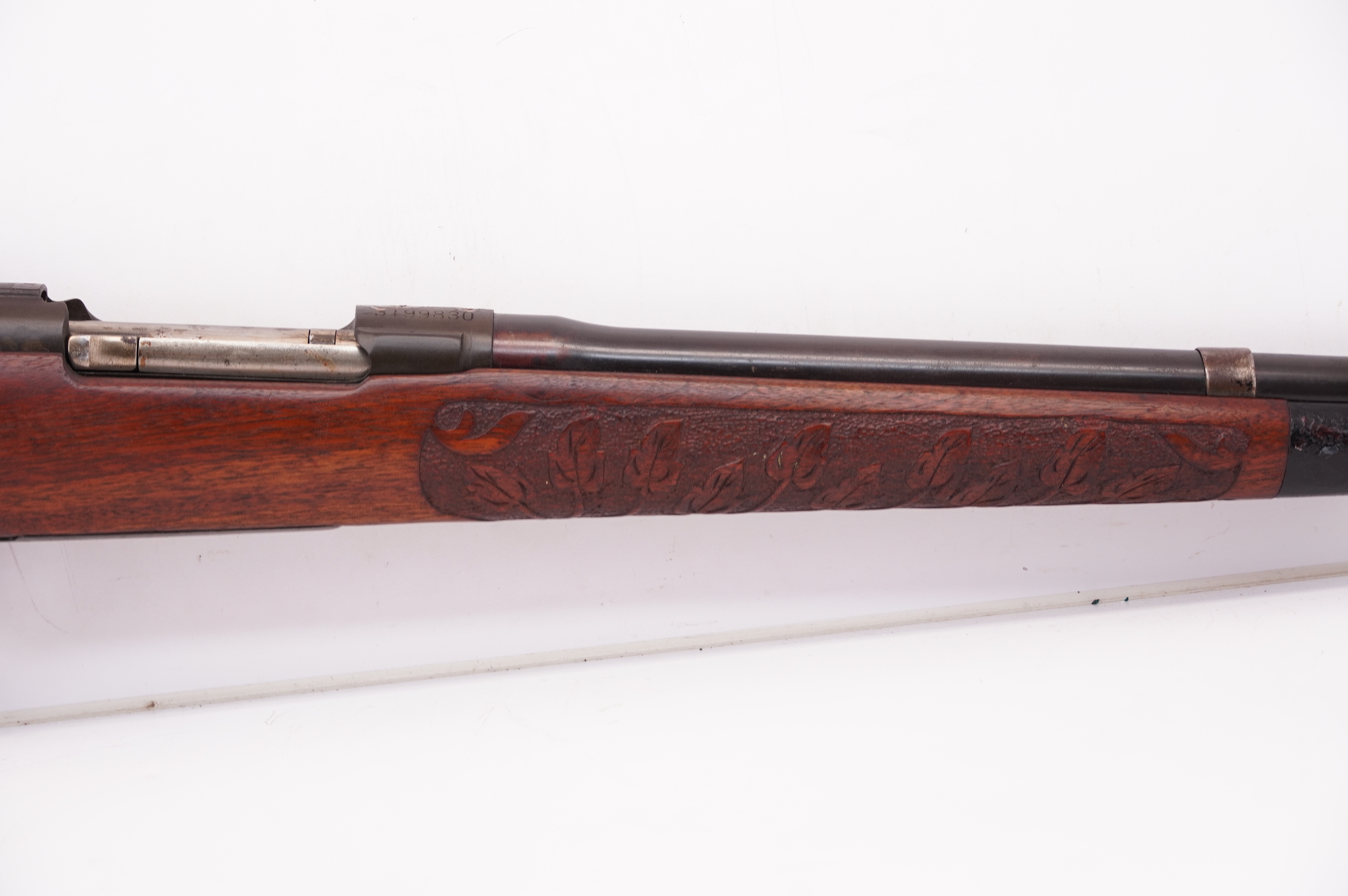 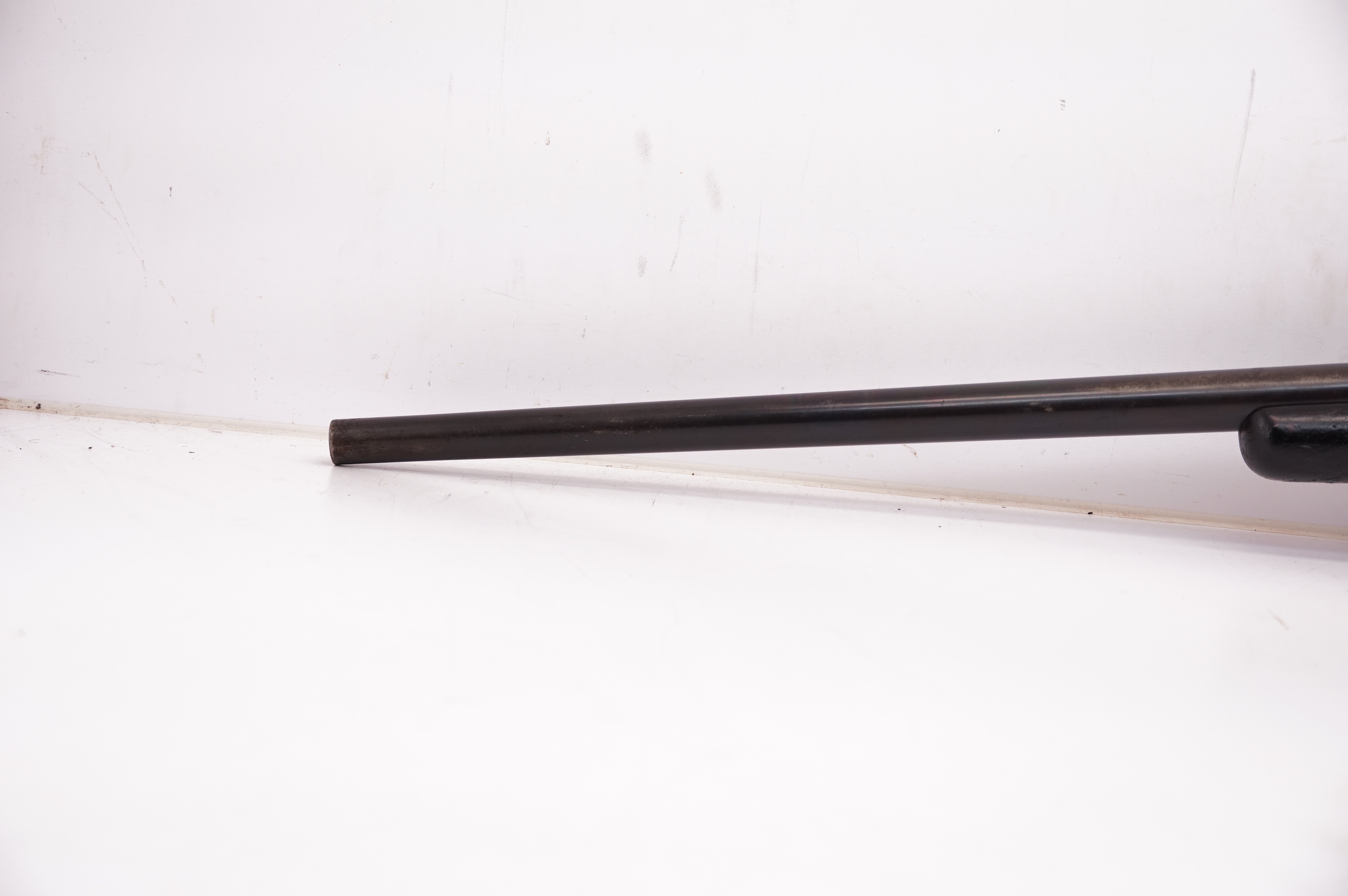 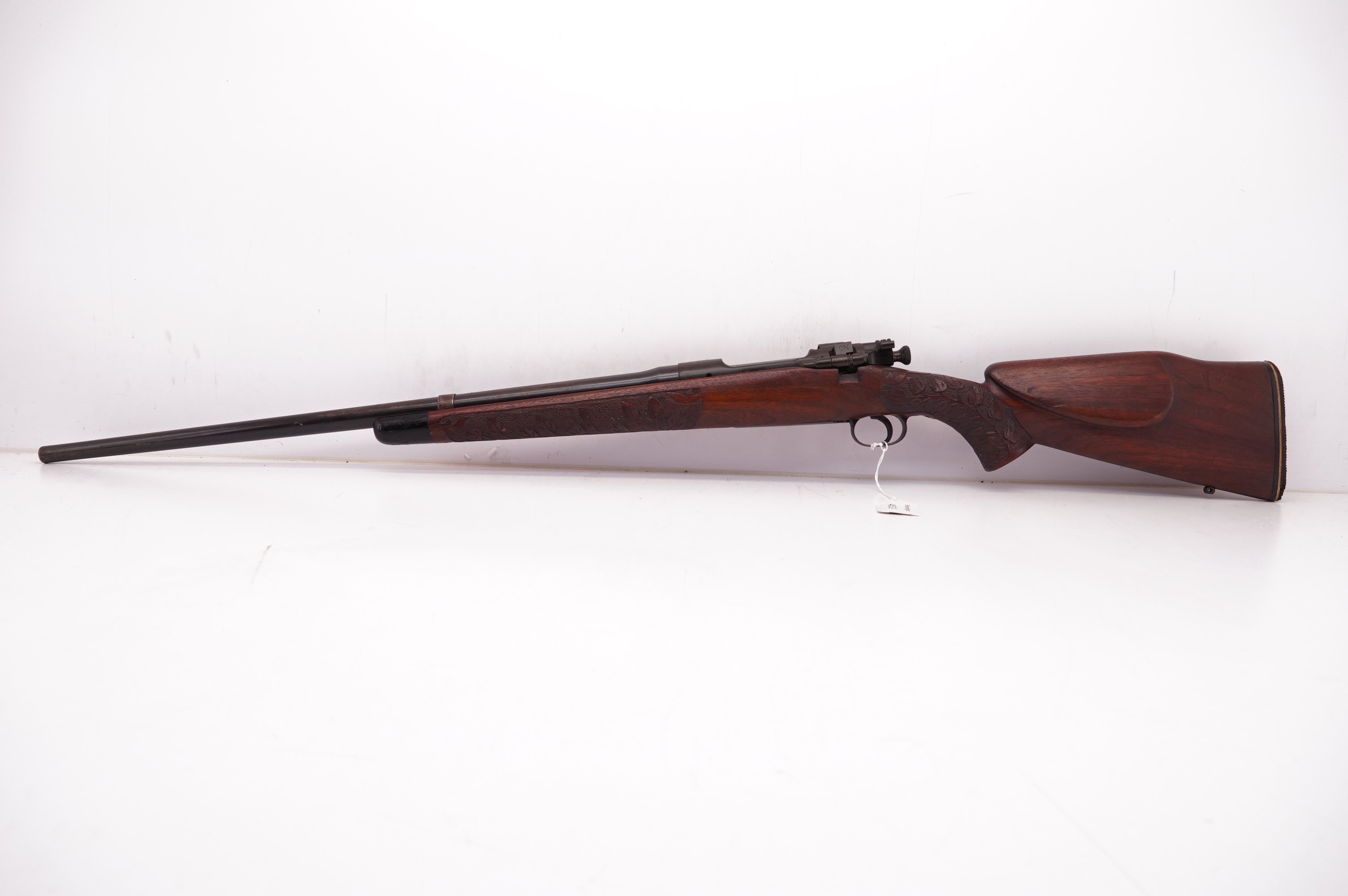 The M1903 Springfield, officially the United States Rifle, Caliber .30-06, Model 1903, is an American five-round magazine fed, bolt action service repeating rifle, used primarily during the first half of the 20th century. The M1903 was first used in combat during the Philippine–American War, and it was officially adopted by the United States as the standard infantry rifle on June 19, 1903, where it saw service in World War I, and was replaced by the faster-firing semi-automatic eight-round M1 Garand starting in 1936. However, the M1903 remained in service as a standard issue infantry rifle during World War II, since the U.S. entered the war without sufficient M1 rifles to arm all troops. It also remained in service as a sniper rifle during World War II, the Korean War, and even in the early stages of the Vietnam War. It remains popular as a civilian firearm, historical collector's piece, a competitive shooting rifle, and as a military drill rifle.

May take 5-7 Business days to ship

We accept MC and Visa with a 3% fee. We also accept ACH with no additional fee.

It is important to us that you are happy with your purchase. The buyer will have a 3 day money back inspection period. If you find the item was not as represented just return for a full refund! Thanks for bidding.

NO LOCAL SALES we ship to FFL's only.