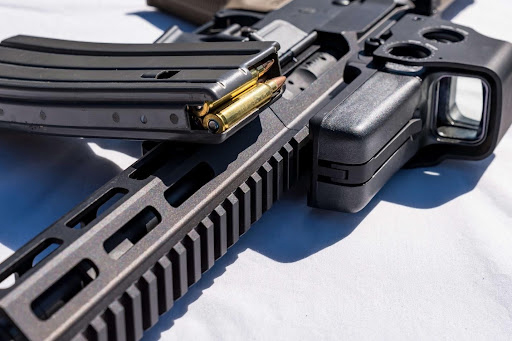 How an AR-15 Actually Works

How an AR-15 Actually Works

The AR-15 has become the most popular rifle in modern America, with millions of them being sold each year to American gun owners. It is a reliable shooter, easy to handle, and easy to operate at nearly any age. The recoil is manageable in many of the offered calibers and parts and accessories are plentiful for nearly any type of customization a shooter could want. But there are many owners of this rifle who do not know how exactly the AR-15 works, all they know is that it does.

The First Steps of Operation

Starting with a rifle that has a loaded magazine and a round loaded into battery in the chamber, the very first action in the process is the squeezing of the trigger. This action is the starting point for an entire sequence of events that takes a split second to complete but has multiple components working simultaneously to operate the rifle. Once the trigger is pulled, the hammer is released. That hammer slams down onto the back end of the firing pin, which is propelled forward, striking the primer at the rear of the round casing. That primer strike ignites a spark that is funneled through a tiny hole at the base of the shell casing and into the casing that holds all of the gunpowder, immediately igniting the gunpowder.

Once the gunpowder is ignited, the force of that ignition created a large amount of gas contained in a very small area of space, the inside of the shell casing. This rapid expansion of gas forces the bullet itself out of the top of the shell casing and rockets it forward through the barrel. It is this expansion of gas that gives the rifle round the ability to fly through the air at thousands of feet per second. Once the round has left the casing, the round itself is being twisted within the barrel by the rifled grooves along the bore of the barrel. This is where the term rifle comes from, due to the rifling of the barrel. That twist rate can vary, but any twist at all is giving that round the stability it needs to hit the intended target.

Now that the round has left the barrel and is hurtling towards its target, the gas that had expanded has to go somewhere. Some of it will exit the muzzle of the barrel just as the round itself did. But some of the gas will be redirected through a tiny hole atop the barrel. Covering that hole is a device called a gas block. This gas block directs the expended gas down a tube that runs along the top of the barrel and back into the upper receiver of the rifle and runs into the bolt carrier group. This is the functional process known with AR-15s that have a direct impingement gas system operating the firearm. A variation of this process exists when the rifle has what is known as a gas piston. With a gas piston system, the gas expands and travels the barrel just the same as a direct impingement system. But once the gas hits the gas block area, in a gas piston system, there is a solid tube instead of a hollow gas tube. The force of the gas pushes a piston rearward to move the bolt carrier group instead of the gas itself performing that function.

The bolt carrier group performs a multitude of functions. It is the largest combination of components in the AR-15 rifle and performs much of the actions taking place when the rifle is in operation. The bolt carrier group, or BCG, houses the firing pin used to initiate the entire firing process. Once the round has been fired, the bolt needs to rotate out of its locked position within the firing chamber and as it does so, must grab the recently fired spent casing and eject it out of the barrel and the rifle itself. As it is doing this, the force of the expended gas traveling through the gas tube is forcing the BCG rearwards. While the BCG is traveling towards the rear of the rifle and into the buttstock, the hammer is being forced back down into its reset position. The BCG then impacts the buffer, which is seated within the buttstock itself and as the buffer spring is compressed, the force of the compressed spring pushes the BCG forwards. As the BCG travels forward, the bolt itself grabs the next round in the magazine, being pushed upwards by the magazine spring, and the next round is loaded into the firing chamber.

The next time you take your AR-15 rifle to the range, now you have a better understanding of the complex series of actions that are occurring just beneath your chin. The design of the AR-15 is one of sheer brilliance on the part of Eugene Stoner and the legacy that Armalite has bestowed to the American gun owner. It is a design that has had its share of tweaks and modifications, yes. But those modifications over the years have left us with one of the most reliable, customizable, and frankly one of the most fun rifles to shoot. For your next purchase, Gunspot has everything you need to make your next rifle your best rifle.

Direct Impingement vs. Piston: What’s the Difference?
AR-15 Bolt Carrier Group (BCG): How it Works, Maintenance and How to Buy 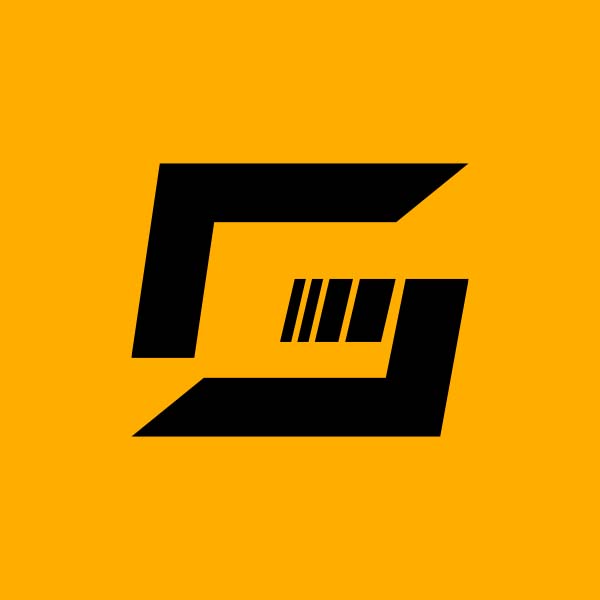 This is the official voice of GunSpot.com. We are glad to have you on board and we look forward to keeping you informed, and entertained!

Sign up for free and be the first to get notified about new posts.